A 2010 Rolls-Royce Phantom once owned by President Donald Trump will be sold later this month at quite an exorbitant premium.

Currently listed up through Mecum Auctions, this is one of the luxury cars that Trump used to ride around in before he moved into the White House. No details are provided in the listing about how long Trump owned the car, but pre-auction estimates indicate it could sell for between $300,000 and $400,000.
Watch Also: Is The New 2021 Rolls-Royce Ghost As Good As It Claims To Be? 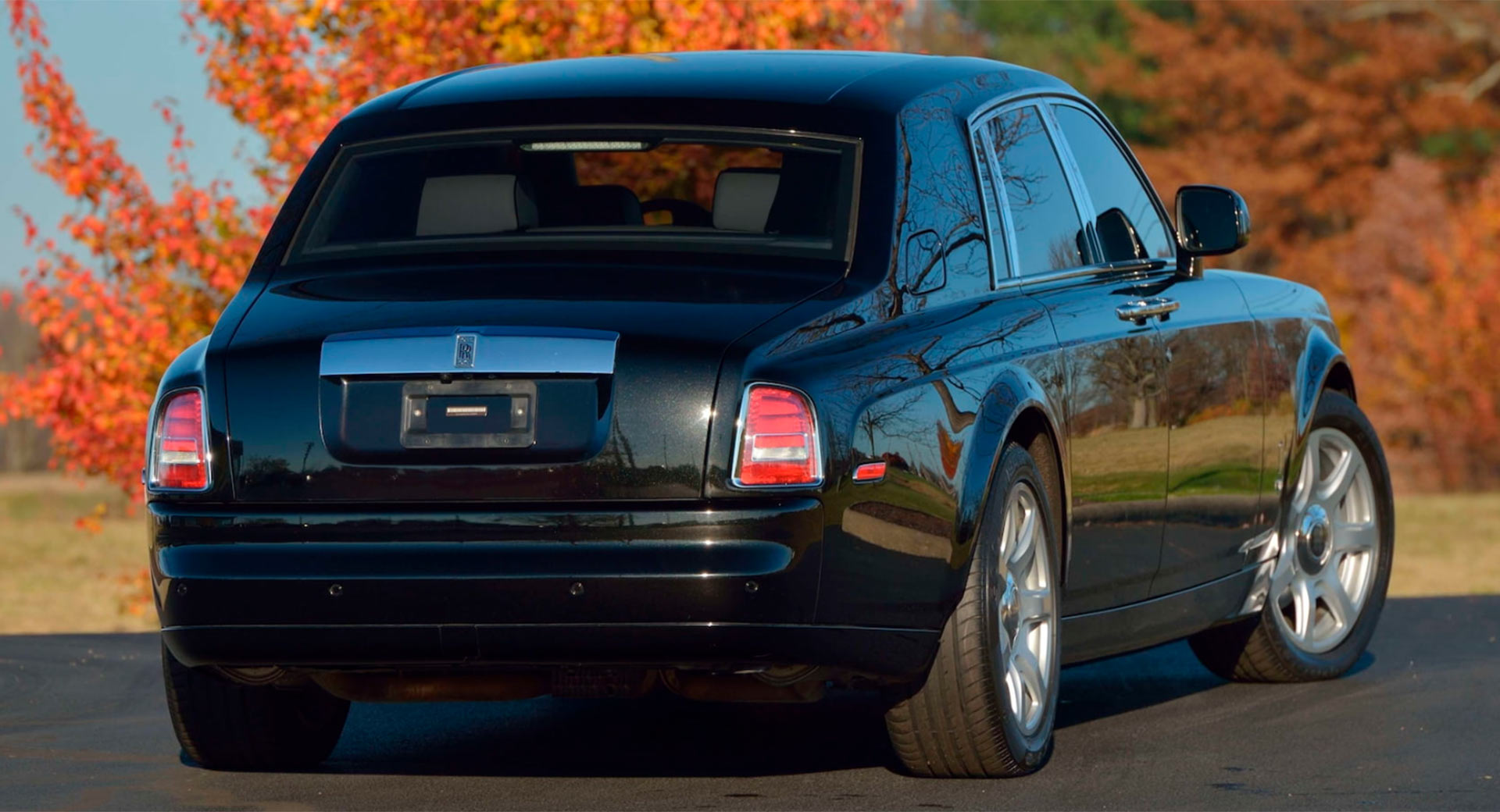 The car has 56,700 miles (91,249 km) on the clock and a little bit of digging indicates that this might just be the most expensive 2010 Phantom currently on sale. In fact, there are a handful of other 2009-2011 Rolls-Royce Phantoms on sale in the U.S. but they’re all priced around the $150,000 mark and have far fewer miles on them than this one.
Adorning the exterior of the Phantom is a fairly typical shade of black that has some purple hues to it depending on the angle at which it is viewed, while it is also rolling on its original set of seven-spoke alloy wheels.
Inside, the car has been equipped with the Theater Package and the optional Starlight headliner. It also has electronic curtains to give rear-seat passengers some privacy if they so wish.
No doubt bumping up the pre-auction estimate for the car is the fact that Trump signed one page of the owners’ manual and wrote “I loved this car – It is great. All the best!”
PHOTO GALLERY