With prices of the current Ford GT soaring to well over $1 million on the used car market, the previous-generation GT is starting to look like a bit of a bargain, particularly in rare GTX1 guise like the car in question.

TheGTX1 was designed by Ford’s Kip Ewing and shortly after the car was presented as a concept at the SEMA Show in 2005, the Blue Oval’s Special Vehicle Team called upon the service of coachbuilder Genaddi Design Group to put it into production. The initial plan was for 500 cars to be built but production was cut short. It’s unclear exactly how many GTX1s are in existence, with some estimates suggesting roughly 100 were built, while this listing says just 38 were built.
Read Also: Come On, Someone Must Be Interested In A Low-Mileage Ford GT ’67 Heritage Edition
Either way, there’s no doubt that the car is rare and the example in question from RK Motors is number 6 and is painted in a shade known as Mark II Black Clearcoat with silver racing stripes. 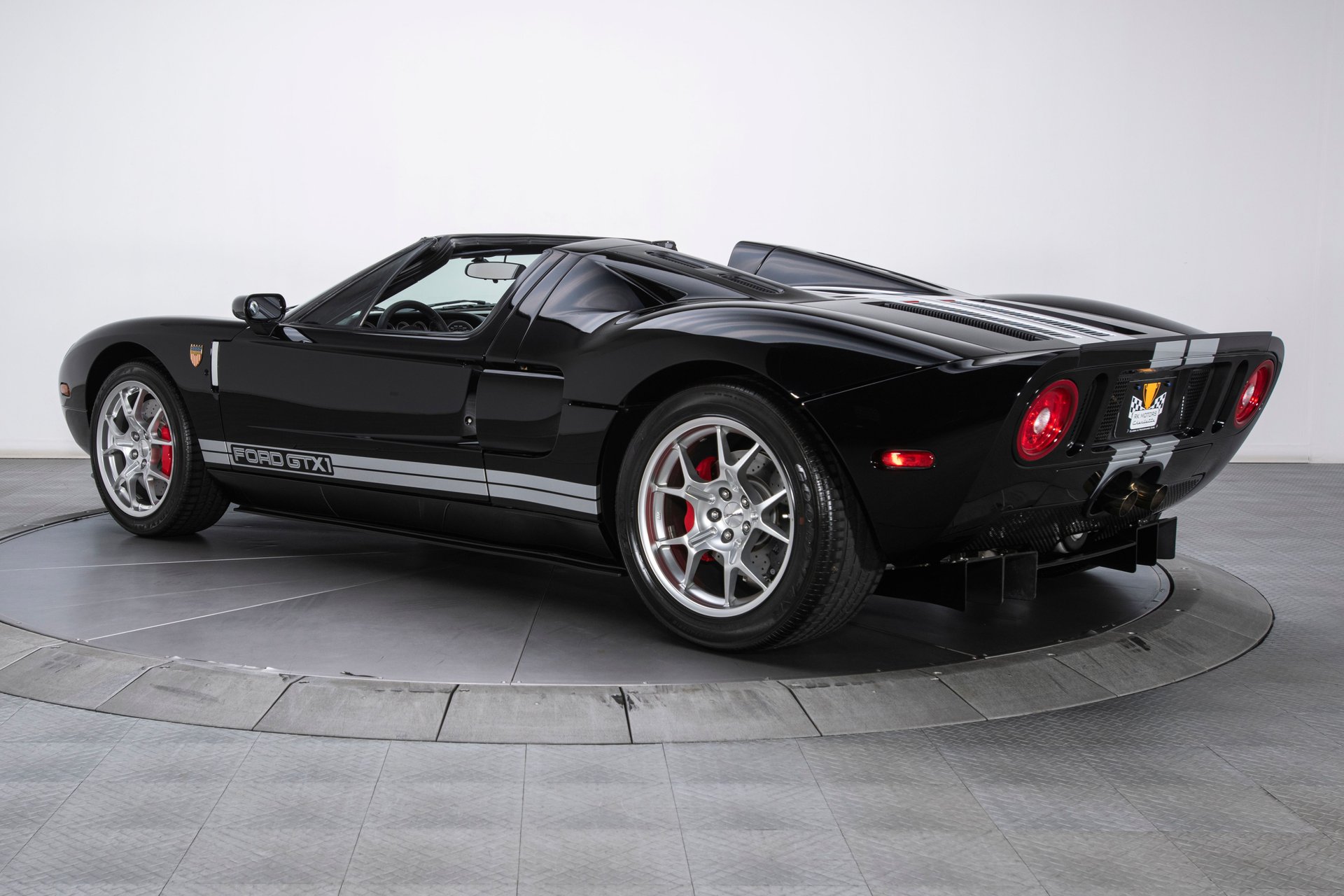 Compared to a standard Ford GT, GTX1 models had a removable carbon fiber roof panel, distinctive floor mats, and different seats. The car benefited from a series of other upgrades, including a removable plastic rear window, Accufab performance X-pipe exhaust, and comes complete with an optional McIntosh audio system with Bluetooth.
Powering the GTX1 is the same 5.4-liter supercharged V8 as the standard model, complete with 550 hp at 6,500 rpm and 500 lb-ft (678 Nm) of torque at 4,500 rpm. This engine is coupled to a Ricardo six-speed manual transmission that sends power to the rear wheels.
This particular example from RK Motors in Charlotte has just 1,755 miles on the clock and an asking price of $595,900.
PHOTO GALLERY