Waymo To terminate Calling Their Technology “Self-Driving,” Criticizes Automakers Who do

Waymo To Stop Calling Their Technology “Self-Driving,” Criticizes Automakers Who Do

SAE International has been a driving force behind this as their definitions for automation were first released in 2014. They’ve been updated since then, and now range from relatively ‘dumb’ cars at Level 0 to fully autonomous Level 5 vehicles that can “drive everywhere in all conditions.”
However, some companies use generic terms such as “self-driving.” Tesla is the most obvious example and they even admit “currently enabled features require active driver supervision and do not make the vehicle autonomous.”
Also Read: German Court Rules Tesla’s Autopilot Claims Misled Consumers 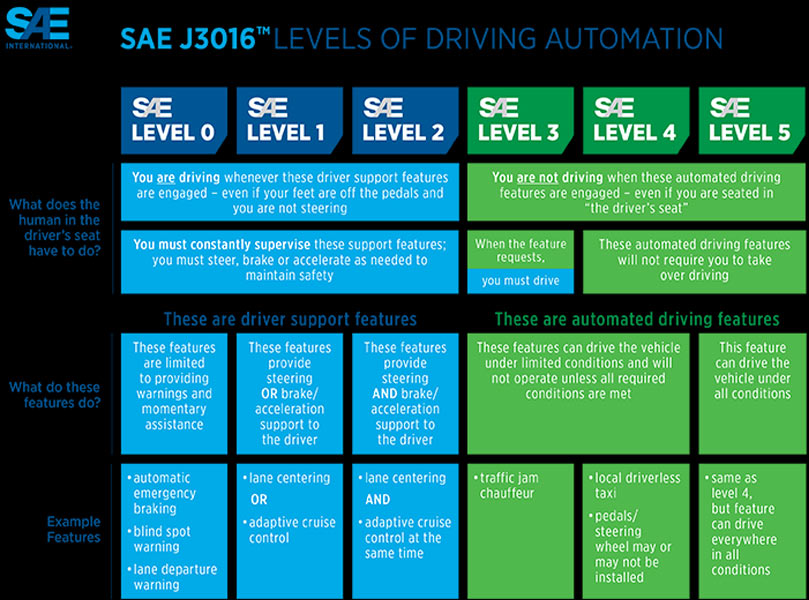 Safety groups have called for changes and now Waymo has announced they’ll stop referring to their vehicles as “self-driving.” Instead, the company will use “more deliberate language” when talking about their autonomous driving technology.
Waymo went on to say “It may seem like a small change, but it’s an important one, because precision in language matters and could save lives.” The company added they’re hopeful the new terminology will “differentiate the fully autonomous technology Waymo is developing from driver-assist technologies – sometimes erroneously referred to as “self-driving” technologies – that require oversight from licensed human drivers.”
Waymo criticized automakers who incorrectly use “self-driving” and noted this can give consumers a false impression of a vehicle’s capabilities. This, in turn, can to lead to dangerous behaviors such as not paying attention, falling asleep behind the wheel or filming a video from the passenger seat.
As part of the effort, Waymo has renamed their public education campaign “Let’s Talk Autonomous Driving.” It was previously known as Let’s Talk Self-Driving, but the new site is still littered with references to “self-driving.”