It’s not every day that you come across a second-generation Dodge Viper with delivery mileage on its 8.0-liter V10 engine.

This particular one is a 1997 model, having covered just 17 miles (27 km) according to its Bring a Trailer ad. It has a Viper Red exterior, black leather interior, 17-inch wheels and it’s a Coupe (double bubble roof), which means better structural rigidity when compared to the regular RT/10 variant.
Inside, the bucket seats feature perforated inserts, while additional factory standard goodies include air conditioning, power windows and mirrors, plus an Alpine CD player.
Read Also: Go To The Track With This Low-Mileage 2008 Dodge Viper ACR
Now, while the car appears to be in tip top shape, there are some issues such as the rearview mirror having detached from the windshield under previous ownership (is included in the sale), as well as the rear hatch struts not holding up the glass. Also, since it’s been sitting still mostly, the tires have developed flat spots. 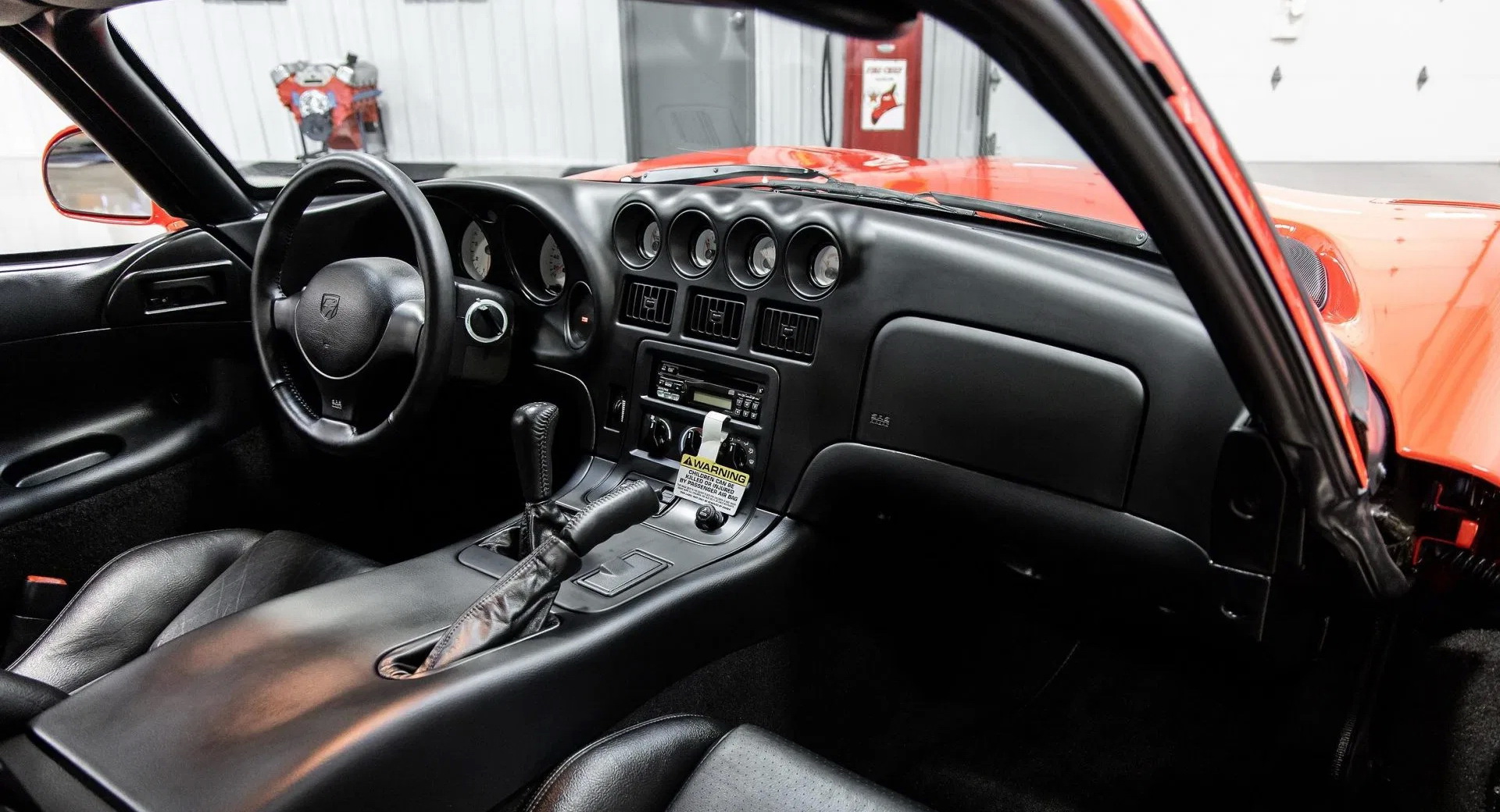 When new, the 8.0-liter V10 engine was rated at 450 HP (456 PS) and 490 lb-ft (664 Nm) of torque – this setup was also used on the Viper GTS that paced the 1996 Indy 500 race.
While not exactly the most precise driving machines, old Vipers can be satisfying to drive if you know what you’re doing. The 490 lb-ft / RWD / manual gearbox combo isn’t for everybody, which is why we hope this car’s next owner will have the necessary skill to give it a good “thrashing” every once in a while – otherwise what’s the point? Of course, this also works as a collectible, so putting additional miles on it might not be the best idea.
PHOTO GALLERY