Toyota And Honda maintain Carved Up The U.S. Car Market, So How Would You Rank Their Heavy Hitters?

Toyota And Honda Have Carved Up The U.S. Car Market, So How Would You Rank Their Heavy Hitters?

U.S. buyers love Japanese brands, and don’t let anyone tell you different. Sure, a lot of people would rather ride off into the sunset behind the wheel of a red white and blue muscle car or pickup truck, but if we look at the numbers, Toyota and Honda are absolutely crushing it when it comes to more conventional segments.

So if you’re in the market for either a compact or mid-size sedan or a compact crossover, know that most people in your situation chose something with a Japanese badge.
I know what you’re thinking. Why these three segments? Why not large sedans or mid-size SUVs, where the Dodge Charger and Ford Explorer reign supreme? Well, because we’re looking at nameplates that tend to move well over 200,000 units per year, or at least hover around that mark. It’s certainly one way to define dominance.
Read Also: The Fastest-Selling New Cars In The U.S. Are Almost All SUVs
Let’s start small, meaning compact car sales throughout the first three quarters of 2020. Sitting high above the rest of the field (it’s not even close) are the Honda Civic and the Toyota Corolla. Sales for both models are down, but then again, this year has been very challenging and in 2019, both nameplates burst past the 200,000 units per year mark and kept going.
2021 Honda Civic (from $21,050) 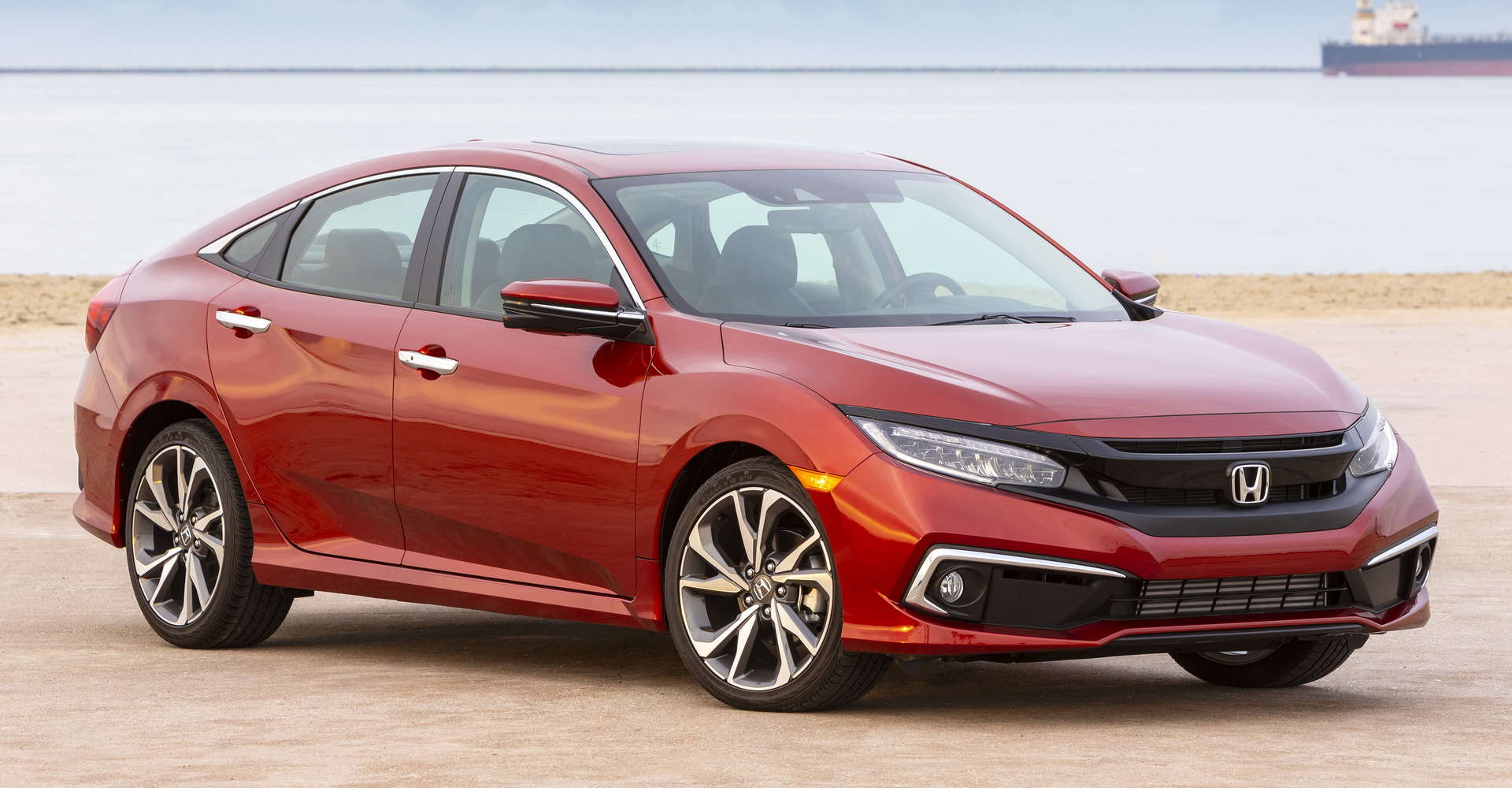 The Civic is actually the world’s second best-selling model for this segment, but in both 2019 and 2020, it managed to surpass the Corolla, which is world’s no.1, in the U.S. according to Carsalesbase. Throughout the first three quarters of this year, Honda sold 200,941 Civics (255,484 in 2019).
You can get the Civic as a sedan, hatchback or a coupe, offering you a little more variety than the Corolla. It’s also styled more aggressively than the Toyota, although the latest generation of the Corolla is definitely more stylish than its predecessors.
2021 Toyota Corolla (from $19,925) 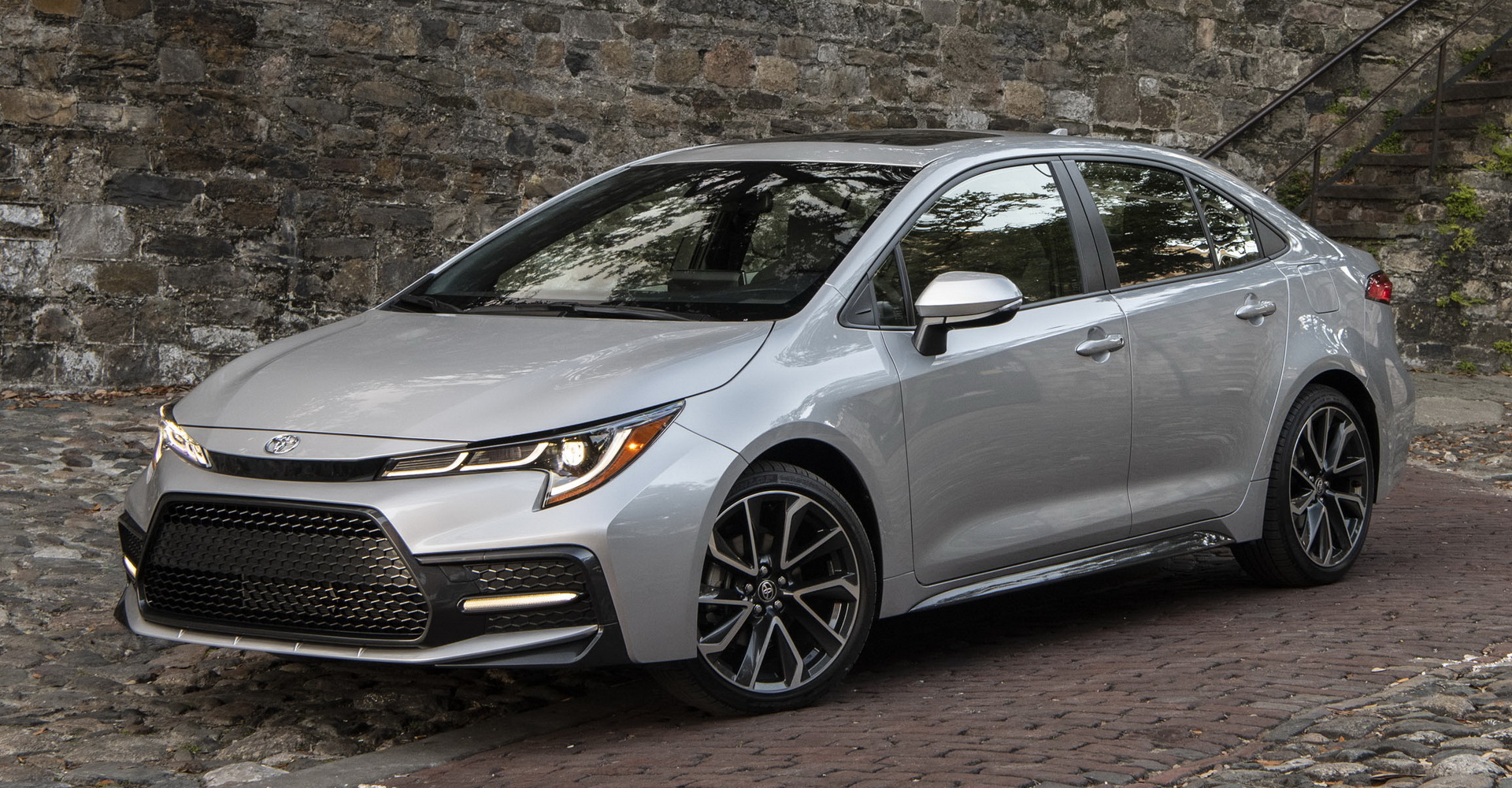 While the Corolla is only available as a sedan or a hatchback, it does offer you the choice of hybridization. The 2021 Corolla Hybrid starts from $23,500, which is pretty decent value for money.
In terms of sales, 166,213 units of the Corolla have left showrooms throughout the first three quarters of 2020, down from 233,968 units over the same period last year.
Things are also looking very well indeed for the Corolla, because overall, it’s still the best-selling car in its class across the world, surpassing even the VW Golf on a global level. Would you rather own one over the Civic? Right now, it seems that more Americans would rather go for the Honda instead.
The next segment is that of mid-size sedans, and a lot of them are still going strong in the U.S. despite how well crossovers have been doing over these past few years.
2021 Toyota Camry (from $24,970) 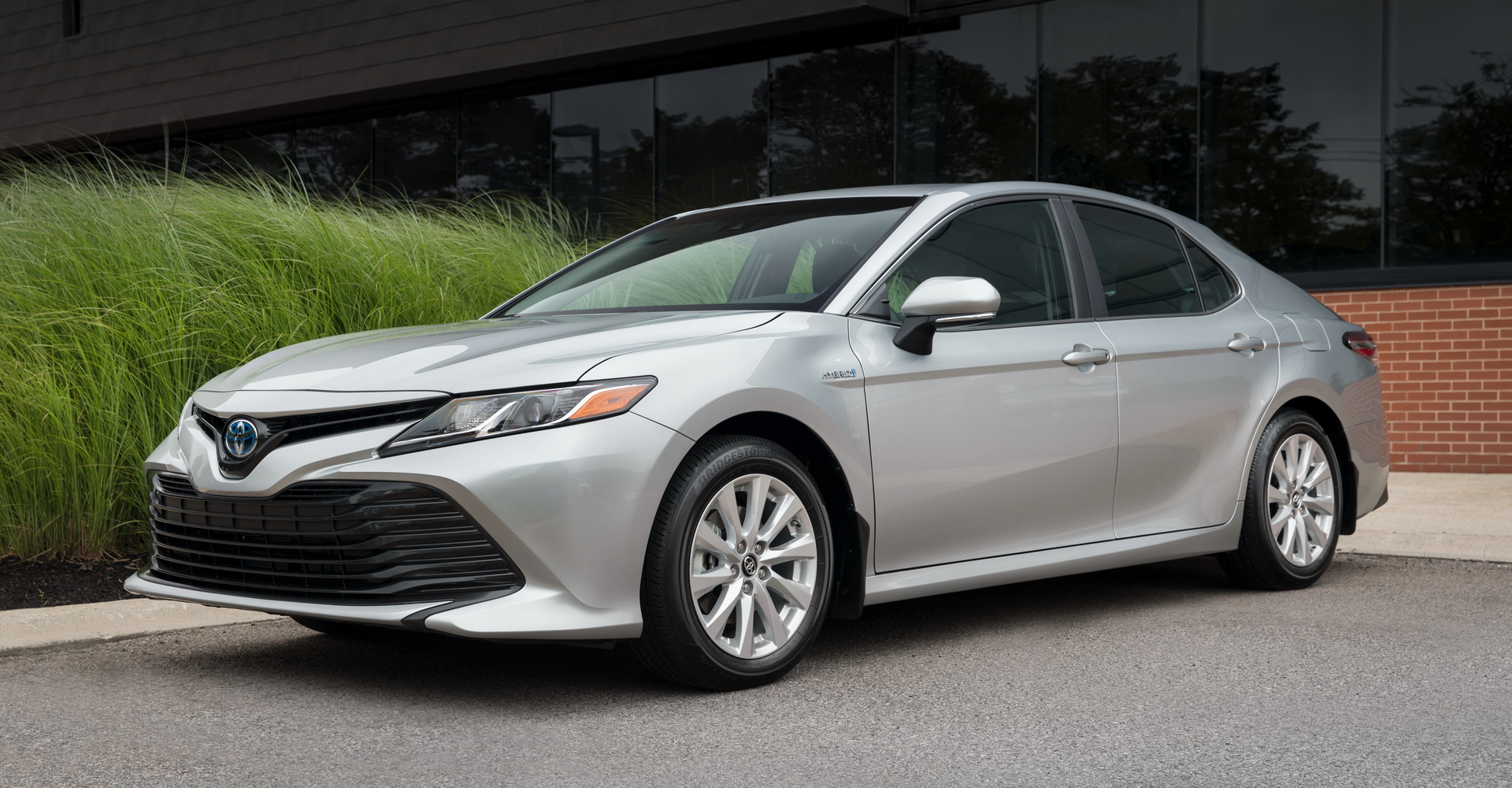 Available with either a 2.5-liter four-pot or a 3.5-liter V6, as well as a hybrid, the Camry is king of the hill when it comes to mid-size sedans. Toyota sold 204,945 units through the first three quarters of the year, down from 258,456 in 2019.
This means that more people bought a Camry in 2020 than a Civic, and while it’s not exactly fair to compare segments, you’ve got to hand it to Toyota for how successful the latest generation Camry has proven to be; so far so, they even brought it to Europe as a replacement for the discontinued Avensis.
2021 Honda Accord (from $24,770) 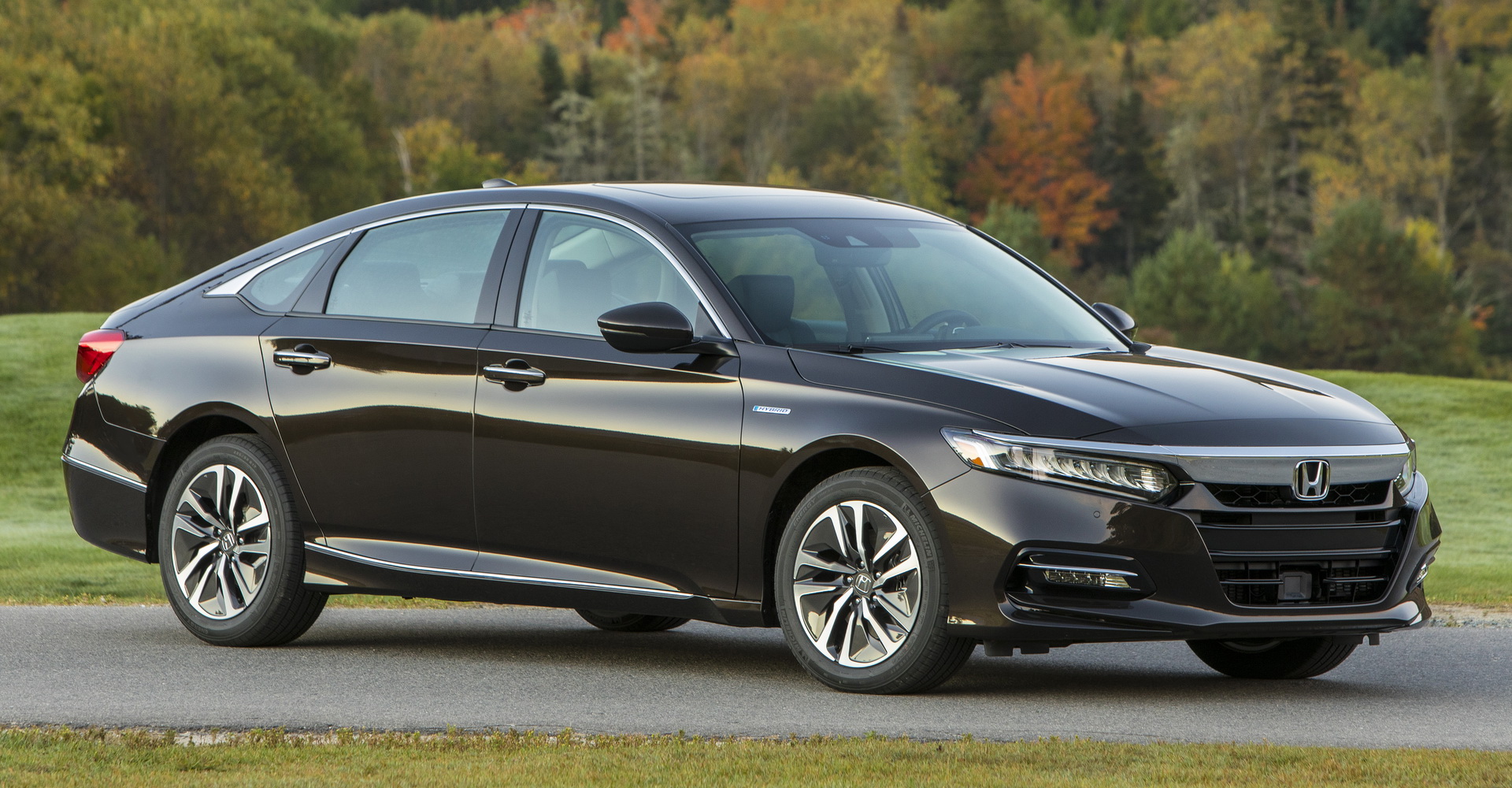 The Accord is the second best-selling car in its class after the Camry, with 145,291 units sold in the first three quarters, down from 204,463 in 2019.
You can have it as a Hybrid or with a choice of two turbocharged gasoline units (1.5T / 2.0T). The 2.0-liter model is available with a proper 10-speed automatic gearbox, instead of a CVT like the 1.5-liter variants.
Overall, while its styling might be a little controversial compared to the sporty-looking Camry, the Accord remains a hugely practical, well-equipped and well-built car.
Compact SUVs are another segment dominated by the two Japanese brands, despite how competitive it is, with strong entries like the Chevrolet Equinox, Nissan Rogue, Jeep Wrangler and Subaru Forester.
2021 Toyota RAV4 (from $26,050) 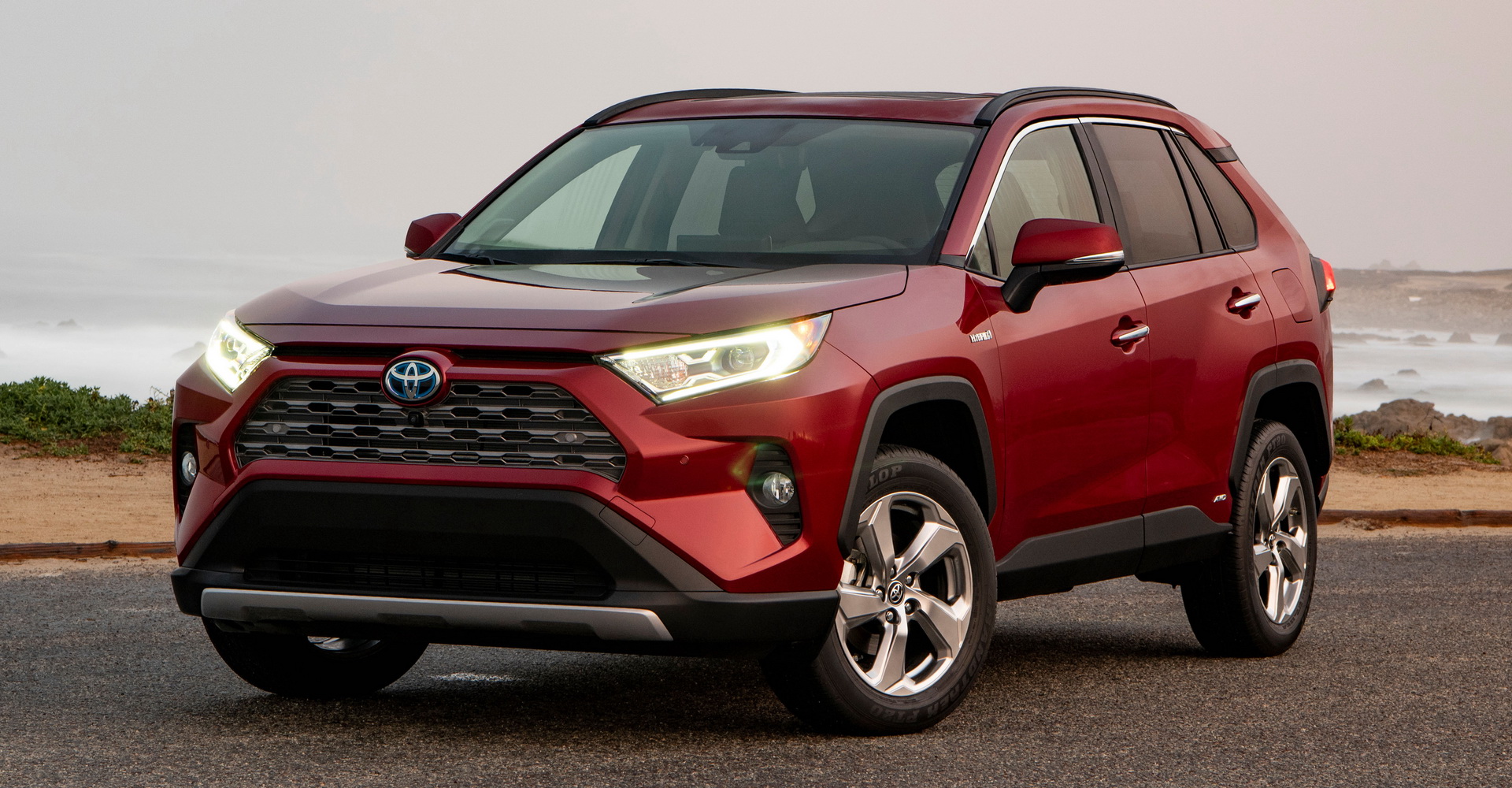 Available with a 2.5-liter four-cylinder gasoline unit as well as a hybrid and a plug-in hybrid (Prime), the RAV4 is a true powerhouse. Toyota sold 302,574 units in the first nine months this year. That’s serious volume and nearly twice the numbers of the Tacoma pickup or the full-size GMC Sierra.
Despite the pandemic, RAV4 sales in the U.S. were down just 7 percent compared to 2019, and when you consider the fact that more than one in every four vehicles sold here is a compact crossover, it shows just how much of a success story the RAV4 really is.
2021 Honda CR-V (from $25,350) 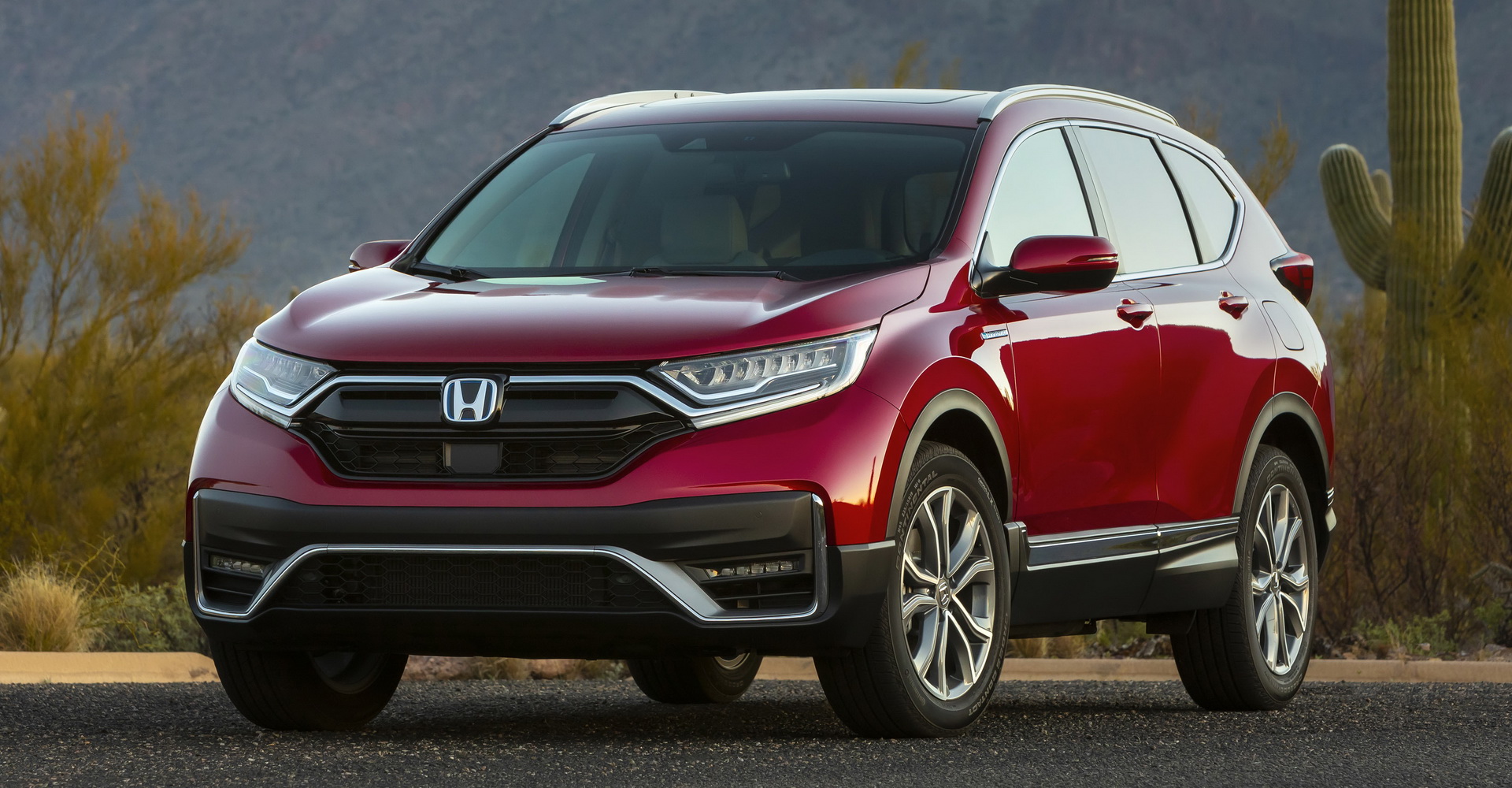 You can have the CR-V with either a 1.5-liter turbo-four or as a hybrid, with Honda selling 237,334 units through the first three quarters of 2020, down from 280,739 units last year.
Earlier this year, Honda put together a series of videos arguing that the CR-V is a better buy than rivals such as the RAV4, Nissan Rogue and Subaru Forester. Compared to the Toyota, Honda points to the CR-V as having more room inside for both passengers and cargo, but in reality the difference is negligible.
All things considered, looking at these three segments, which compact sedan, midsize sedan and compact crossover would you spend your money on? A Honda or a Toyota? Also, if you already own one of the six models we just talked about, you’re more than welcome to share (and rate) your experience with it. 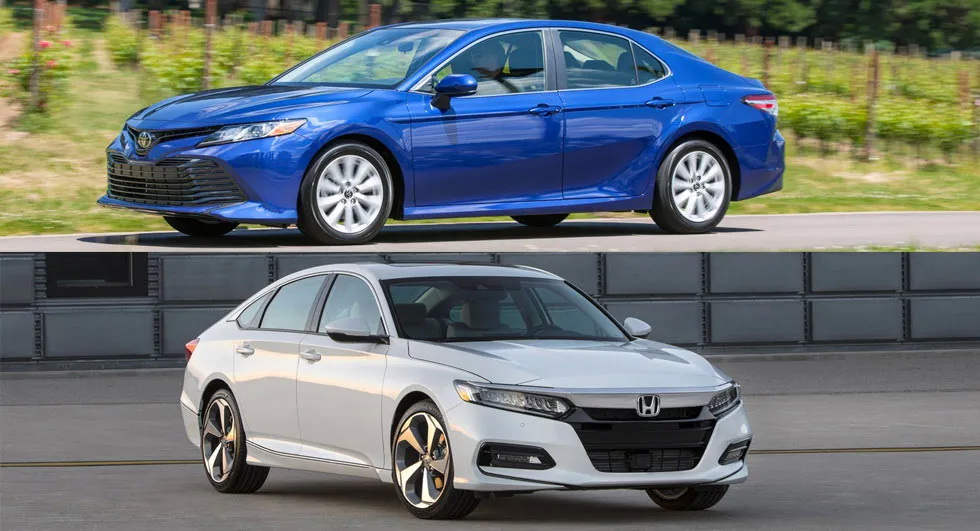