This Is The Never-Before-Seen Porsche 55One ‘Lil’ Bastard’

This Is The Never-Before-Seen Porsche 55One ‘Lil’ Bastard’

Porsche has made a habit of building various concepts and not showing them to the public for many years, like this 55One.

Baptized ‘The Little Bastard’, in reference to the original 550 in which James Dean lost his life in 1955, the car was shown on social media by Walter De Silva. The legendary car designer has revealed, in the short caption accompanying the three images, that the 550one was ordered by the late Ferdinand Piech.
“2008 – Porsche 550one ‘The Little Bastard’, Design by Walter De Silva, Peter Wauda, Christian Felske, Romi Rost. Project wanted by Prof Dr Ing Ferdinand Piech and never revealed to the public.”
See Also: Porsche Vision Renndienst Is A Never Before Seen Electric Van Concept 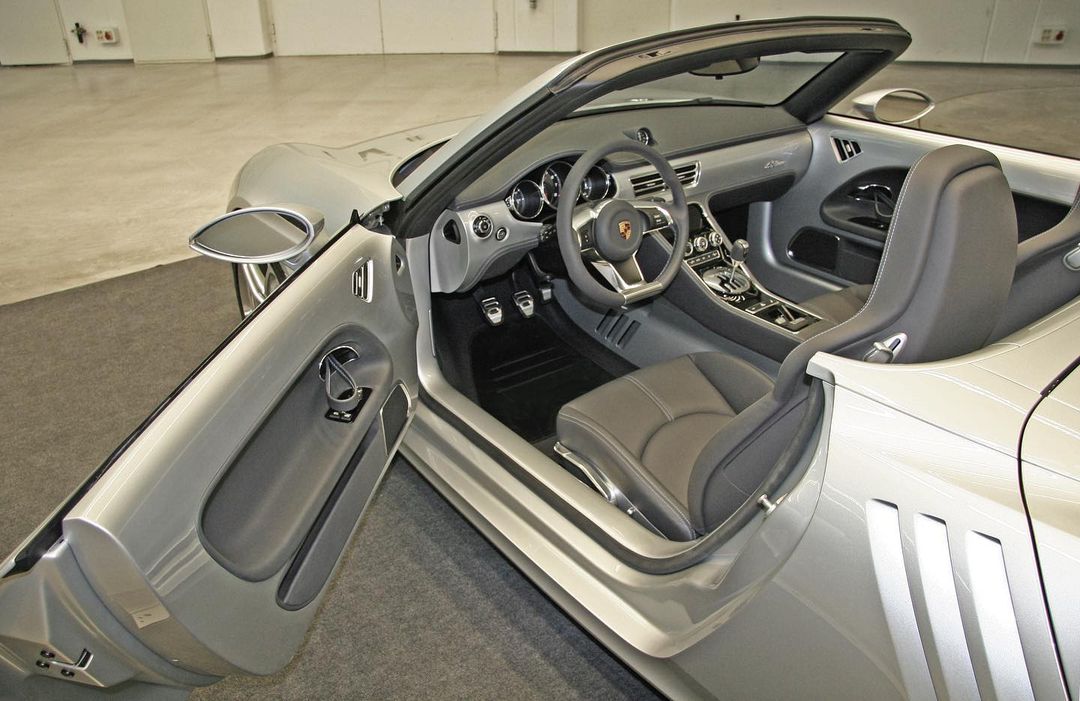 So, what have we here? A project inspired by the 550, painted in the same color as Dean’s car. The roadster seems to have been based on the Boxster, although we don’t really know if that’s the case. What we can tell you is that it has a mid-engine layout, with the undisclosed mill being cooled by the aggressive vents on the deck and on the rear quarter panels, driving the wheels through a manual transmission.
The typical Porsche interior sports a two-layer dashboard, with two vents in the middle and what seems to be a tiny infotainment screen positioned right under them, above the HVAC controls. Two more air vents can be found on the doors, while the entire cockpit boasts a combination of leather upholstery and what appears to be aluminum trim.
The 55One was allegedly supposed to join the Porsche family, but the automaker needed a smaller SUV, so the Macan was favored over it, according to Quattroroute.