These Are The Most Popular old Vehicles In America

These Are The Most Popular Used Vehicles In America

However, a new study from iSeeCars examined the most popular used vehicles in the United States. As part of the effort, they examined over eight million used vehicle sales from the past five model years (2015-2019).
Unsurprisingly, the list of best-selling used vehicles closely mirrors the list of best-selling new vehicles. However, there was a clear preference for trucks as the top three spots were taken by full-size pickups.
Also Read: Used Car Prices Continue To Climb, Up 9.5% From Last Year 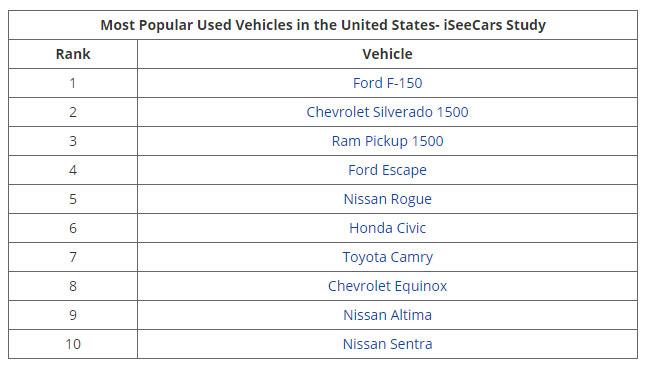 The Ford F-150 took top honors and was followed by the Chevrolet Silverado 1500 and Ram 1500. iSeeCars Executive Analyst Karl Brauer noted “Used pickup truck sales remained strong and even grew in sales during the pandemic, while all other segments declined.”
Rounding out the top five spots were the Ford Escape and Nissan Rogue. These are slightly unusual choices, but consumers can’t seem to get enough crossovers and the second-hand market offers significant savings.
While sedans have declined in popularity, they’re still appealing to used buyers. In particular, the Honda Civic was the sixth most popular used vehicle while the Toyota Camry came in seventh. They were followed by the Nissan Altima and Sentra, which grabbed the last two spots.
Brauer said “These sedans are popular among first-time car buyers who are looking for affordable vehicles, and with commuters, thanks to their strong MPG ratings.”
As part of the study, iSeeCars also looked at popularity on the state and city level. The Ford F-150 dominated both categories as the truck was the most popular used vehicle is nearly half of major metropolitan areas in America. At the state level, it was king in 39 out of 50 states. 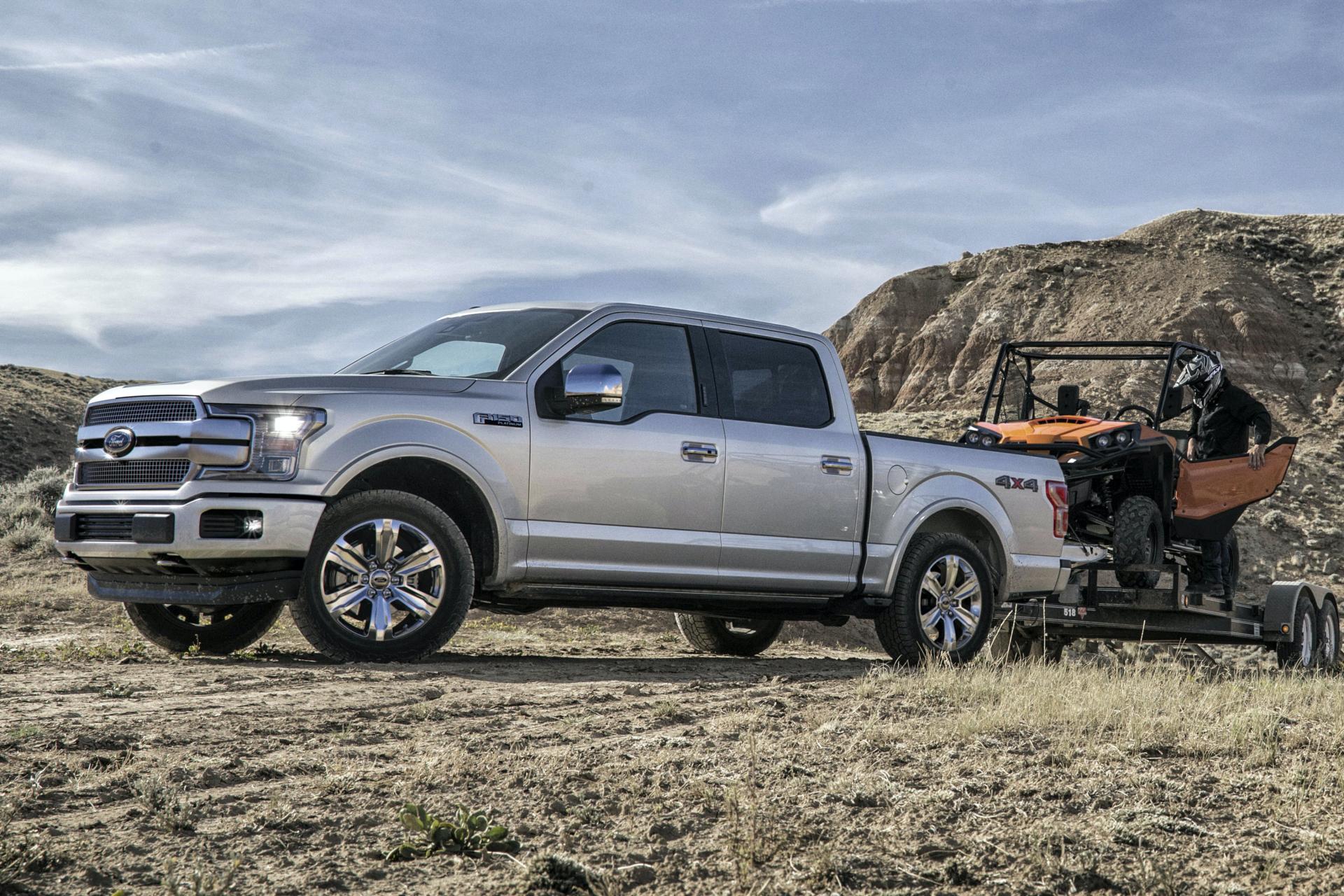