With Volkswagen’s ID range of electric vehicles happily humming along, the brand can focus on bringing a little more zip to the lineup with its GTX branding. According to our latest spy photography, it looks like the ID.4 is well on its way.
The rig pictured here appears to be testing Volkswagen’s high performance EV layout. Volkswagen has confirmed to the media that high performance models are coming and has previously suggested that the ID.4 was the perfect place to start.
That’s because, according to Matthias Rabe, VW’s tech chief, high-performance GTX models need all-wheel-drive.
Read Also: VW’s Upcoming ID.5 Is Based On The ID.4 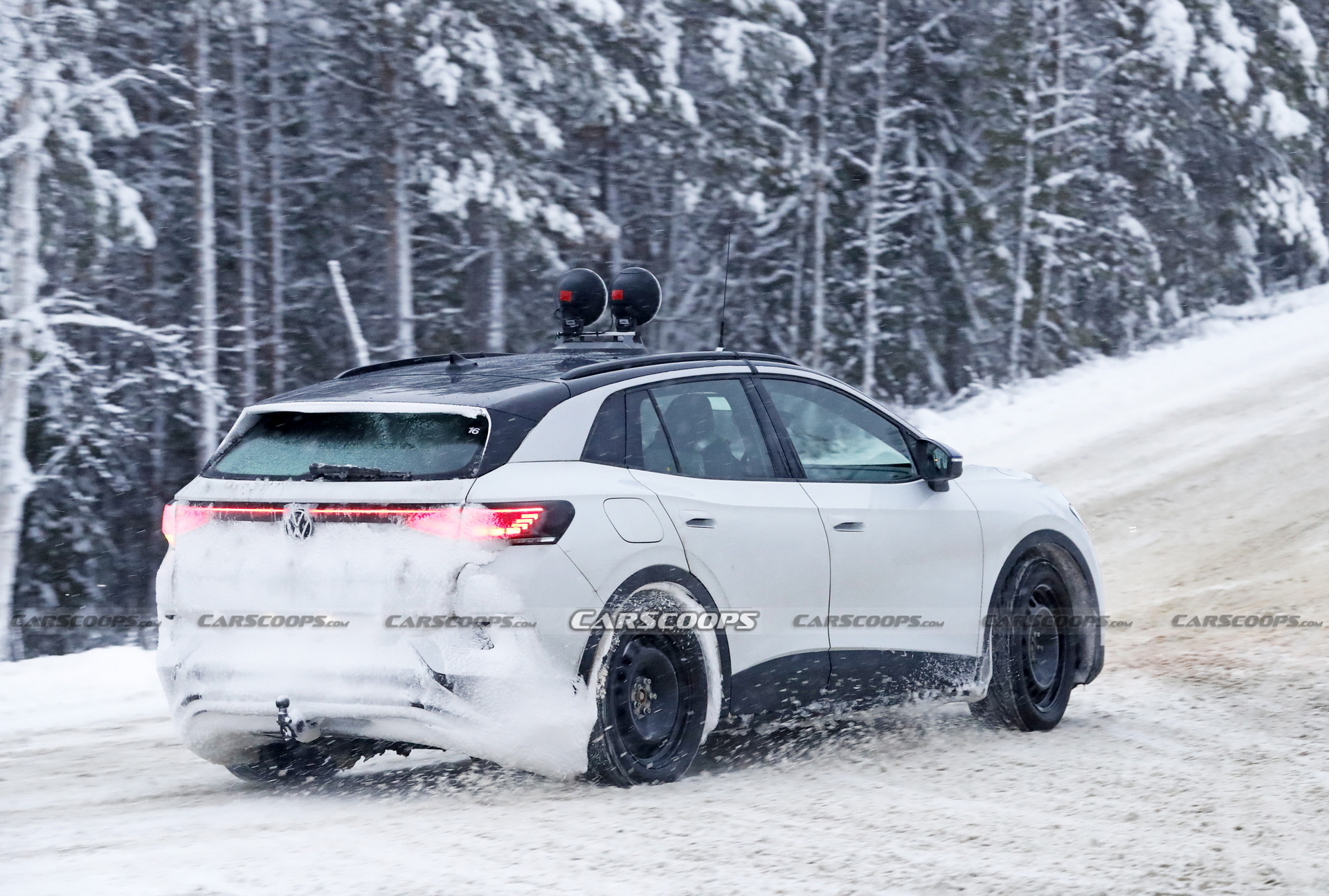 “At the moment, we need four-wheel drive for the performance version,” Rabe told Autocar in March. “I drove a component test car [for the ID 4 GTX] recently; you get fantastic response and can make fantastic drifts. It’s easy to control and will do exactly what you say.”
The GTX will reportedly make 302 hp and 339 lb-ft of torque as a result of that setup, and could hit 60 mph in 6.2 seconds. Not too shabby for a crossover. Although VW hasn’t ruled out an ID.3 GTX, its small size means that an electric motor in the front would take away storage space.
As well as being the big enough to fit all of the electric motors and batteries needed to power a performance model, the ID.4 is also VW’s first global ID car. Although the ID.3 came out before it, the ID.4 will be sold in America, as well as in Europe and China. That makes it, in many ways, a more central vehicle to VW’s electric ambitions.
Expect some sporty styling to help distinguish the GTX from the rest of the lineup. A lower ride height may also help imply sportiness.
Volkswagen hopes to be selling millions of EVs across all its brands by 2025. With Audi taking over the top spot in the world’s hungriest EV market, Norway, last year, the signs are good that VW’s engineering can get it to its goal.
As for the GTX, Volkswagen is expected to reveal it fully this spring, with deliveries starting in the summer.
PHOTO GALLERY