Something About This ’72 Chevy C20 Crew Cab Conversion Seems Off, Doesn’t It

Something About This ’72 Chevy C20 Crew Cab Conversion Seems Off, Doesn’t It

If at first glance this truck seems off to you, you’d be right, as this crew cab conversion features a large body extension and an extra set of full-sized doors, the latter of which even have their own vent windows.

Up for auction at Hemmings, where it sold for $10,764, this truck started its life as a regular 1972 Chevrolet C20. However, as soon as it left the production line, it was shipped to Scott-BILT in Oklahoma City, where it had 42 inches and a functioning set of rear doors added to the cab.
Watch: Chevrolet C10 With Colorado Face, Questionable Mods Looks Weird 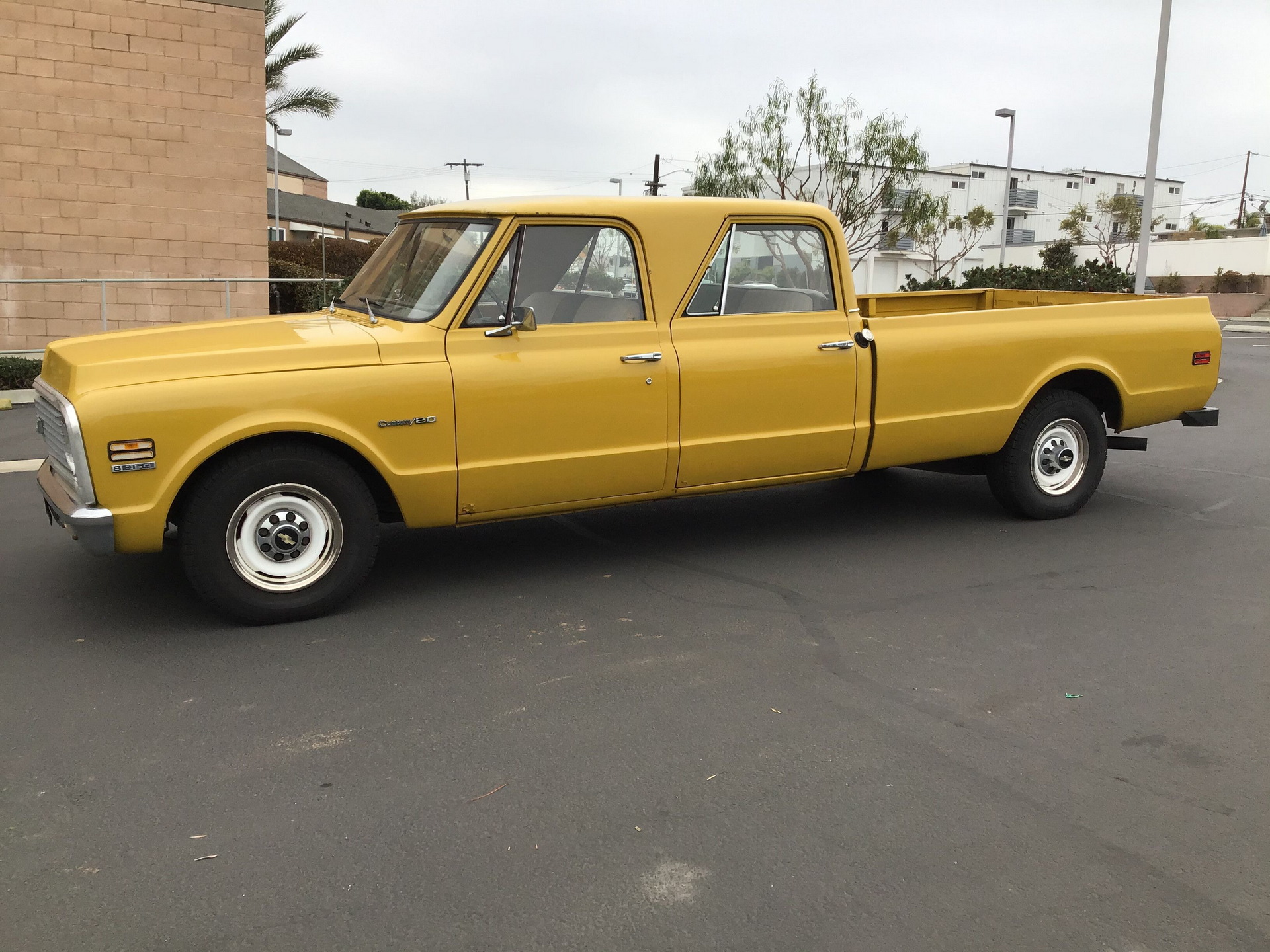 The reason for that unusual triangular B-pillar is because the truck uses two sets of front doors, which come with a steep rake at the front. Scott-BILT added an 11-gauge sheet metal extension to the floor that overlaps the original by four inches, and the roof extension is constructed of 18-gauge sheet steel that overlaps the front and rear sections by four inches. The frame addition is fully boxed and fish plated, so rest assured this job was done professionally.
See Also: 2021 Yenko/SC Silverado Off-Road Is An 800hp Beast Ready For The Trails 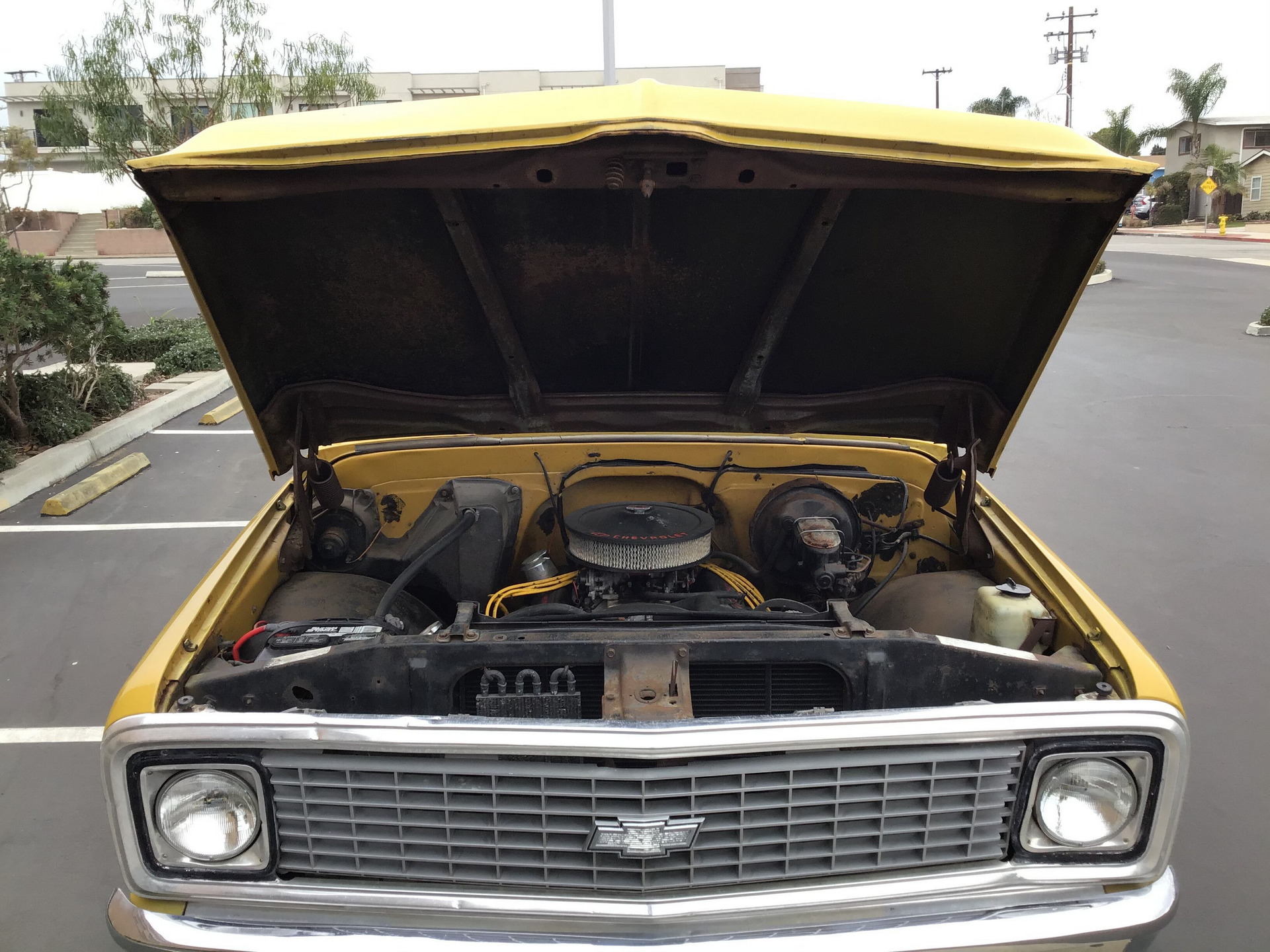 As for the rest of the exterior, the entire truck was painted about seven years ago and the chrome appears to be in decent condition, but there is a bit of rust in some areas. The 16-inch Chevrolet steel wheels have trim rings and later center caps,and are fitted with Cooper radial tires, which the seller says have about 90% of their tread left.
Under the hood lies what appears to be a replacement 350-cubic inch V8 engine, which has been given an aftermarket Chevrolet-branded air filter and valve covers. According to the VIN and the Service Data placard, the truck’s original engine should’ve been an LS9 350-cubic inch V8, so it seems to be a fitting swap. The seller does note that it could be time for an engine rebuild, though, as it’s emitting some blue smoke from the exhaust pipe. Mounted to that engine is a TH350 three-speed automatic transmission, which the seller describes as shifting “good through all the gears” with no unusual noises.
Read More: Trailblazer Selling So Well Chevy Is Slowing Trax Production To Keep Up With Demand 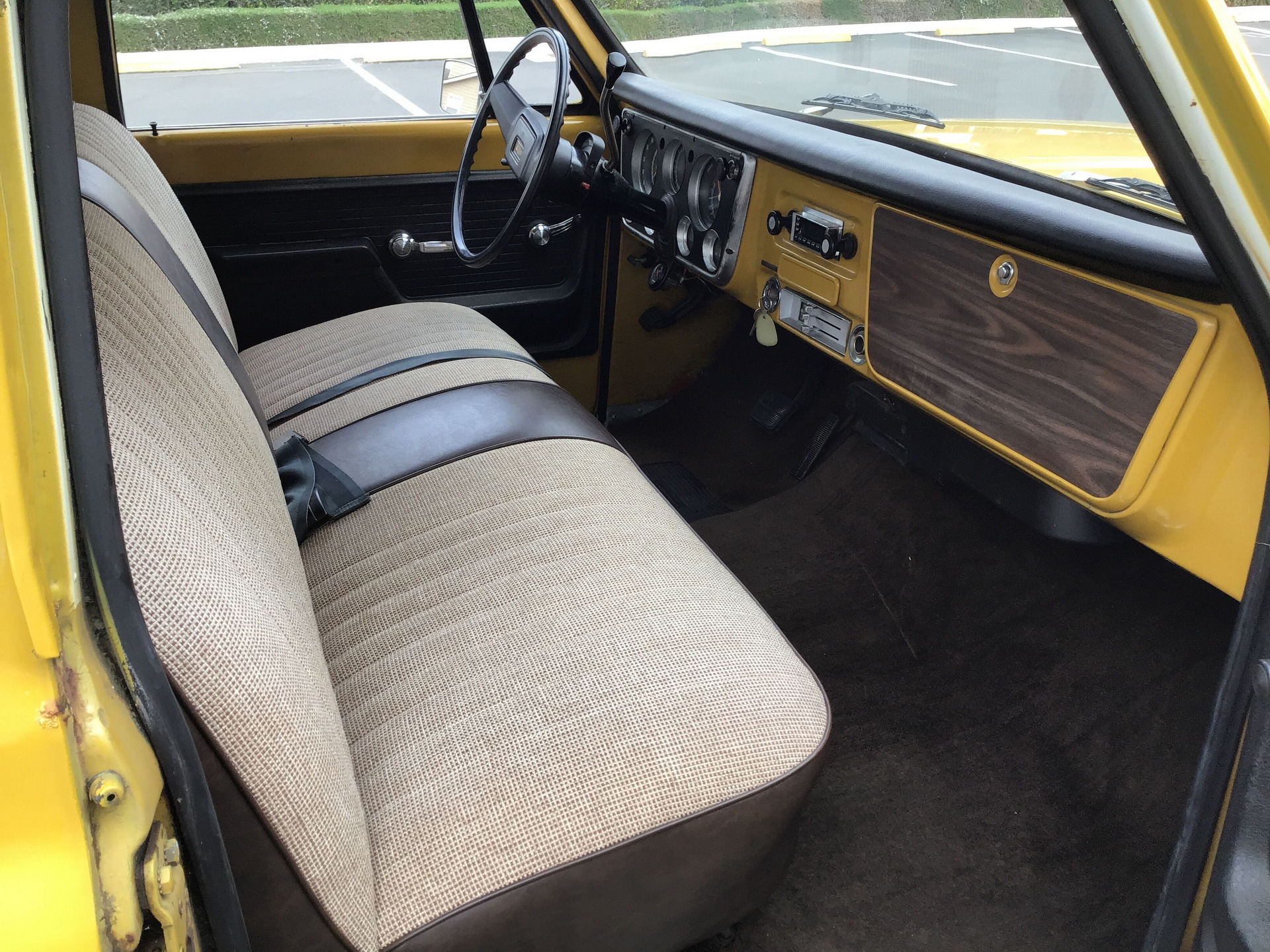 The suspension, which the seller reports he’s performed no work on since he purchased the truck 11 years ago, includes the F59 front stabilizer, G60 auxiliary springs, and G50 heavy duty rear springs. The parts are reported to be in decent shape, and the brakes were also noted to be in good working condition.
Finally, moving on to the interior, the original black vinyl seats were reupholstered in a blend of vinyl and tweed. The seats themselves are all in good condition, with only the driver’s side suffering a bit of wear on the shoulder area. The interior’s metal parts are all color-matched to the exterior, and the floor has brown carpeting that appears to be free of damage. There is a new AM radio, however it was not connected at the time of sale. The truck has the Z53 gauge package that includes gauges for amps, temperature, and oil pressure. An auxiliary amp gauge was added, since the original one was not functional.
PHOTO GALLERY