Have you ever thought that you’d like nothing more than a classic 911 that’s capable of competing in off-road racing? Well, someone has, and they’ve commissioned one through Singer Vehicle Design.

The result is called the All-Terrain Competition Study (ACS) and is quite spectacular. The vehicle is based on a 964-generation Porsche 911 from 1990 and features a 450 HP twin-turbo air-cooled 3.6-liter flat-six.
Read: Stunning 1991 Porsche 911 ‘Malibu’ By Singer Is An $875,000 Work Of Art
The ACS is Singer’s first ever competition car and was designed together with historic 911 rally expect Richard Tuthill, built at the latter’s Oxfordshire garage. Actually, the unnamed customer ordered two vehicles: this white one for high-speed Desert rallying that draws on the Rothmans livery 953 and 959 Safaris from the 1980s, and a red one that’s “designed for high-speed, high-grip tarmac events.”

Moreover, the customer was fine with future Singer customers designing their resto-modded 911s in the exact same way, which is great news for anyone who likes this project.
The ACS sports a permanent all-wheel drive setup, a five-speed sequential gearbox, a long-range fuel tank, plus two full-size spare wheels and tires. There’s also an FIA-spec roll cage, while all of the body panels are made from carbon fiber in order to offset the additional weight.
Other mods include the removable 5mm-thick (0.2 inch) aluminum underbody protection, custom long-travel suspension with two five-way adjustable dampers per corner, steel brakes with four-piston calipers, and BF Goodrich tires wrapped around 16-inch forged alloy wheels. The car also comes with big mud flaps at the front and an embossed Porsche logo on the engine cover and sills. 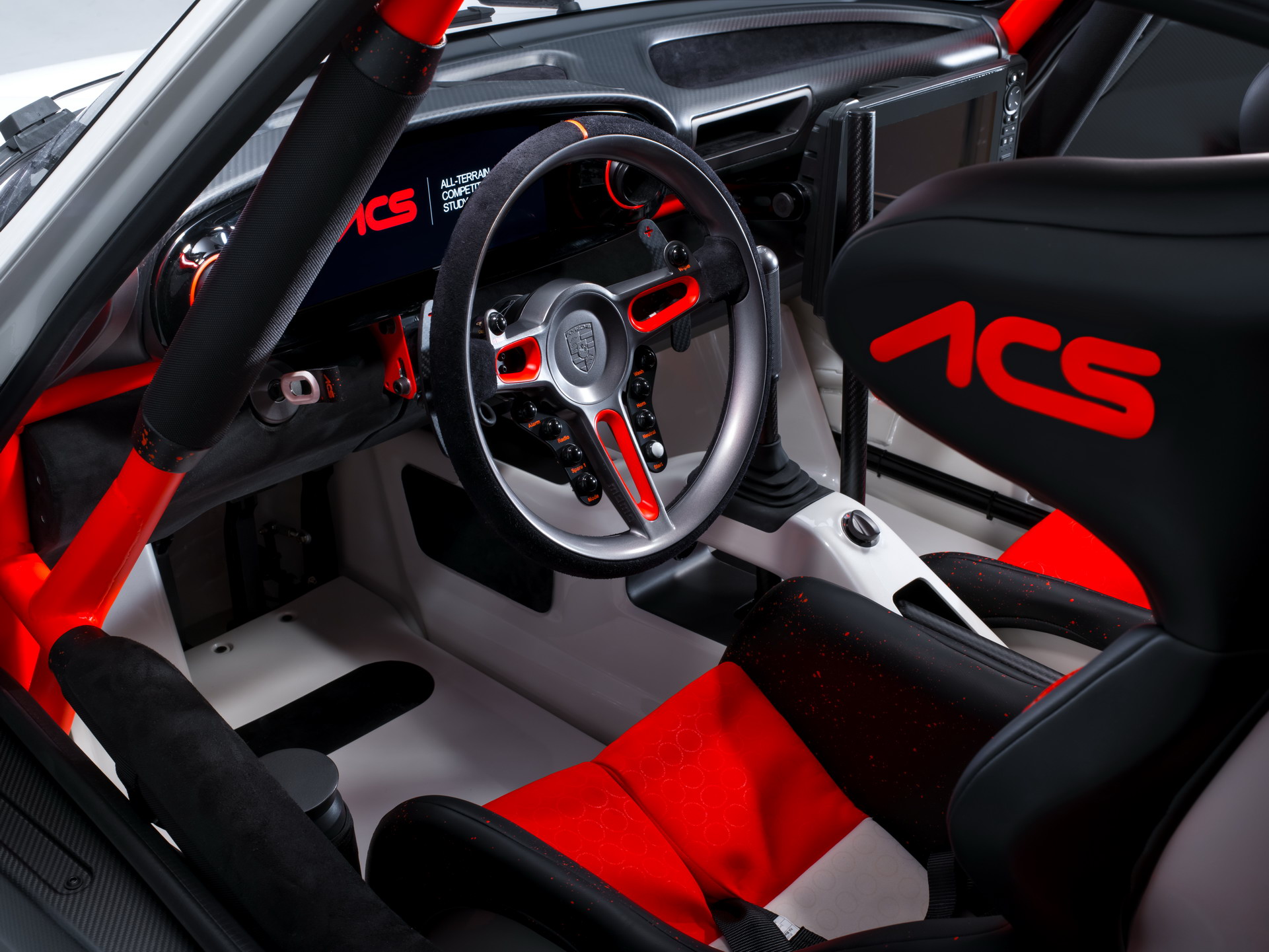 As for the dual-tone interior, it’s got FIA-approved bucket seats, a custom steering wheel, a navigation system for the co-pilot, a carbon rod for the hydraulic handbrake, and a built-in hydration system for the pilot and co-pilot.
While we can’t tell you how much the ACS cost, Singer’s 911s don’t come cheap, so expect something in the high six figures. You can get a walk around the ACS in the Top Gear video that follows.