The Highway Loss Data Institute (HLDI), an institution closely related to the Insurance Institute of Highway Safety, reports that automatic emergency braking technology could reduce property collision claims by as much as 10%.

The institute claims that this tech is among just three standalone safety features to reduce collisions by double digits in its research, the others being automatic front emergency braking and forward collision warning.
Like front automatic emergency braking (AEB), rear AEB stops the car if it detects an object while you’re backing up. Since the speeds are lower when reversing, the damage tends to be lower, but since vision is impaired, there are a lot of accidents.
Read Also: NHTSA Proposes Changes To Improve Mobility Options For People With Disabilities
Insurance claims for collisions that caused damage of less than $2,000 amounted to 17 percent of all claims between 2010 and 2017, the HLDI reports. That’s an estimated $8 billion dollars in claims, much of which could be avoided by this technology.
Moreover, it’s not just damage to cars that could be saved. The institute also found that vehicles with rear AEB were associated with 28% fewer property damage liability claims.
“We haven’t seen that kind of reduction in claims for vehicle and other property damage from any other advanced driver assistance system,” said HLDI Senior VP Matt Moore.
Although cameras and sensors have helped reduce collision claims, they haven’t been nearly as effective. Parking sensors are associated with just 5% fewer property damage and liability claims and have had much less of an impact on collision claims. Back-up cameras, meanwhile, have had even less of an impact on property damage claims and their impact on collisions is statistically insignificant, according to HLDI.
Although the figures associated with the reductions are large, the actual number of automakers offering rear AEB is small, so HLDI’s sample may be, to an extent, limited. This research considered model year 2015-2018 Subarus and model year 2014-2015 GM vehicles, since they were offered both with and without the tech.
In any case, with cars becoming more high-tech and thus more expensive to repair, this technology might have a significant impact on your wallet, as it could prevent a low-speed accident from happening which may, nevertheless, turn out to be quite costly. 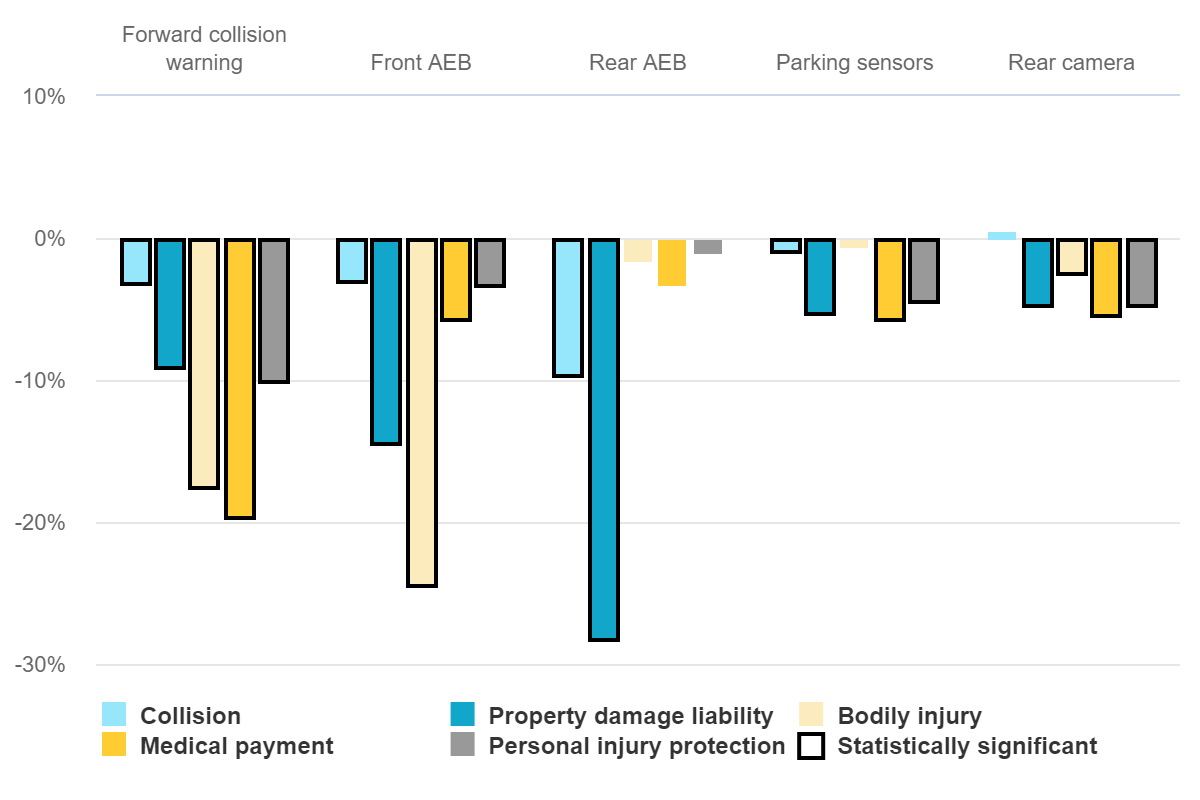