Picasso PS-01 Supercar Comes From Switzerland, Weighs Less Than 2,000 Lbs And Has 600 HP

Picasso PS-01 Supercar Comes From Switzerland, Weighs Less Than 2,000 Lbs And Has 600 HP

We’re only a few days into 2021 and already, a new supercar is being teased by a Swiss company known as Picasso Automotive. Dubbed the PS-01, it is both light and powerful and based on these teasers, looks very aggressive.

The supercar, which was developed in Lugano, Switzerland, is based around a lightweight platform that includes a carbon fiber rear subframe. In addition, the Picasso PS-01’s body is made entirely from carbon fiber, meaning the car tips the scales at just 1,984 lbs (900 kg).
These teaser images showcase flowing bodywork with pronounced rear arches and a large carbon fiber rear wing. Speaking of the rear, we can also see dual tailpipes, a bold diffuser, and a roof scoop to help cool the mid-mounted engine. The front of the PS-01 appears to feature a striking splitter, a large grille, and LED headlights.
Read Also: Absurdly Expensive Supercars With No Windshields Is A Trend That Needs To Die 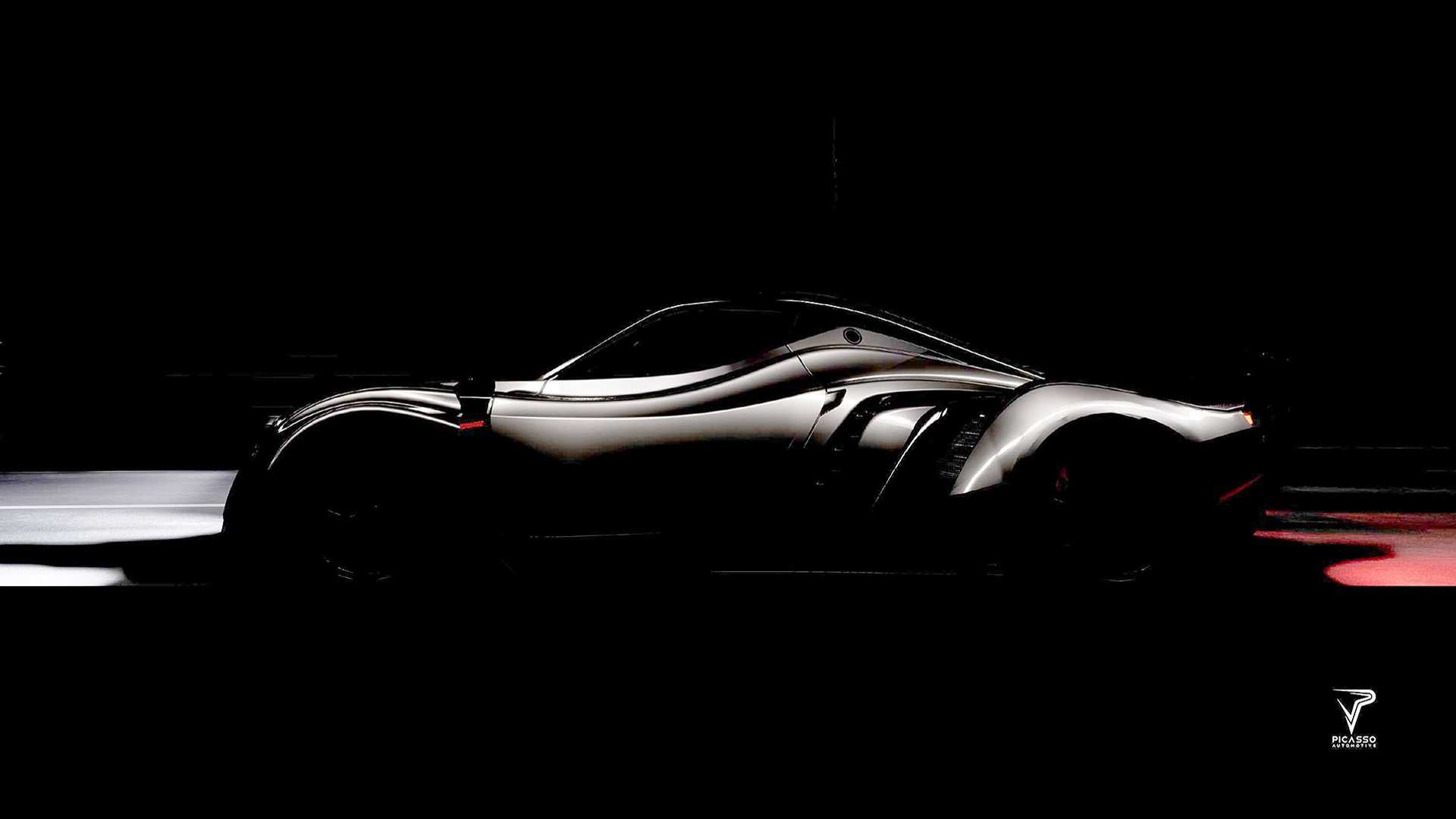 Picasso has yet to release engine details, but it is said to take the form of a twin-turbocharged V6 from an existing Italian car and rated at roughly 600 hp. Coupled to this engine will be a Sadev transmission, while ensuring the car handles and brakes just as well as it accelerates will be a suspension from Ohlins and brakes from Carbo Brake.
No images of the completed interior have been released but one photo does show the car will have slim bucket seats and a low seating position.
While the PS-01 has yet to be officially unveiled and it’s unclear when it will launch, Motor 1 claims that Picasso Automotive has already secured a couple of orders.
PHOTO GALLERY