Sales of new vehicles plummeted in the UK throughout 2020 in what was the most significant decline since 1943.

Last year, a total of 1.63 million new cars were sold across the country, representing a drop of 29.4 per cent and the lowest number of sales since 1992.
Read Also: Camaro Sales Tank In 2020 While Challenger Continues To Sell Well

The most significant cause for the decline in new car sales was the first lockdown that was imposed in the UK in March 2020, with car dealerships throughout the country closed from March until June. Uncertainty around Brexit and an acceleration of the ban of petrol and diesel cars to 2030 also contributed to a troublesome year.
Figures released by the Society of Motor Manufacturers and Traders (SMMT) reveal that demand fell across all private vehicle segments, except for ‘specialist sports’ vehicles that enjoyed a sales increase of 7 per cent. Superminis were once again the UK’s most popular class, accounting for 31.2 per cent of the market despite a 25.9 per cent decline in registrations.
Interestingly, battery and plug-in hybrid vehicles sold well throughout 2020, accounting for more than one in 10 registrations, up from approximately one in 30 in 2019. In fact, demand for battery electric vehicles grew by 185.9 per cent, from 37,850 to 108,205 units, while registrations of plug-in hybrids increased by 91.2 per cent to 66,877.
“2020 will be seen as a ‘lost year’ for Automotive, with the sector under pandemic-enforced shutdown for much of the year and uncertainty over future trading conditions taking their toll,” SMMT chief executive Mike Hawes said in a statement. “However, with the rollout of vaccines and clarity over our new relationship with the EU, we must make 2021 a year of recovery. With manufacturers bringing record numbers of electrified vehicles to market over the coming months, we will work with government to encourage drivers to make the switch, while promoting investment in our globally-renowned manufacturing base – recharging the market, industry and economy.” 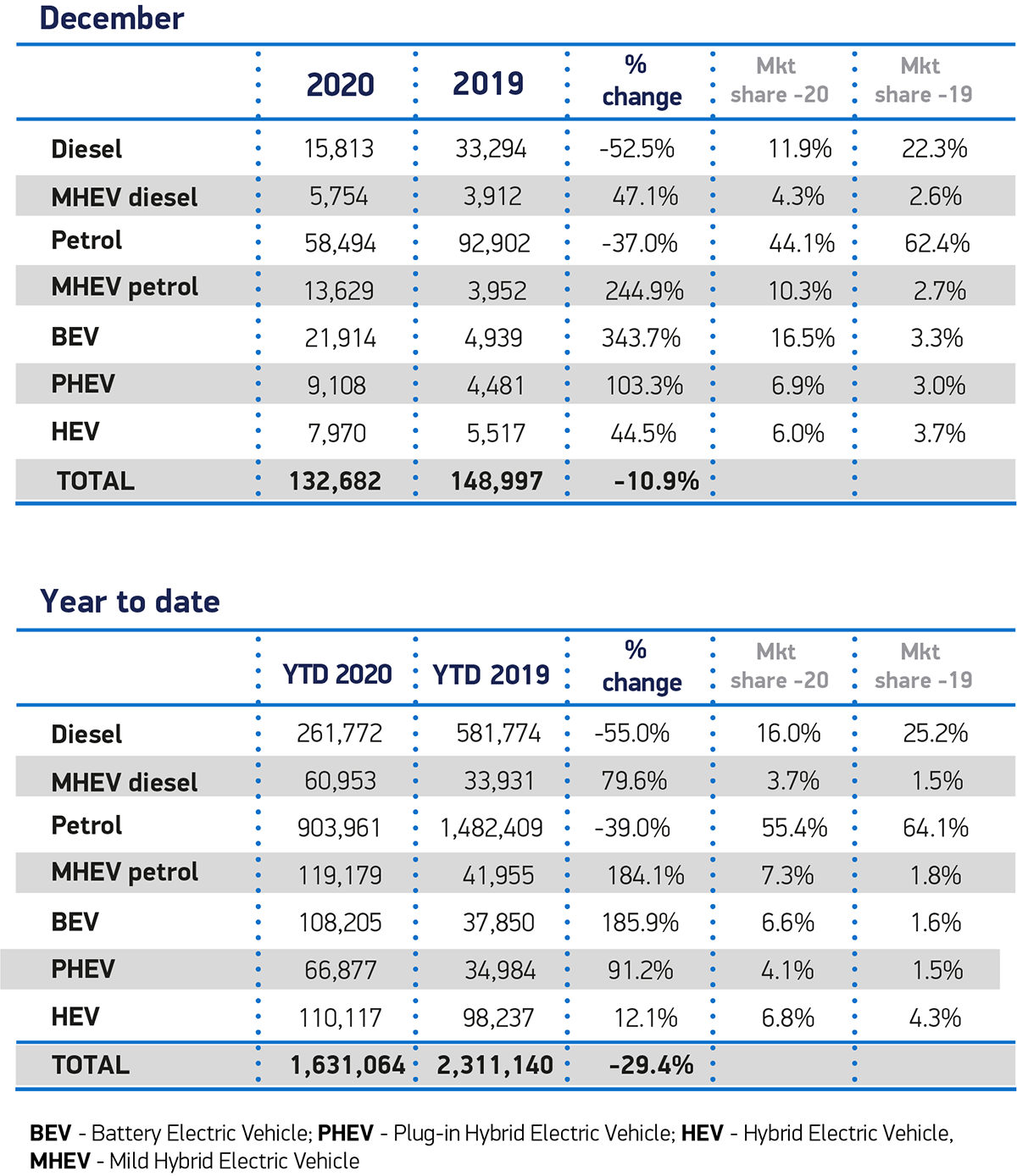 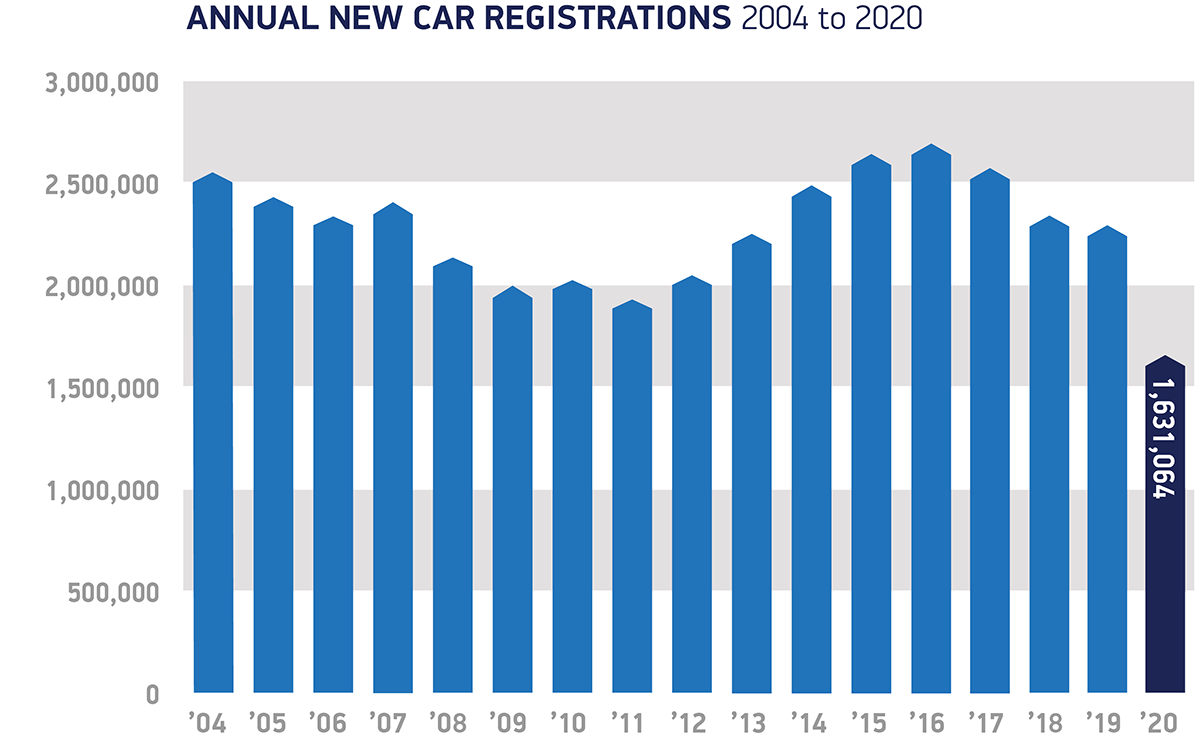 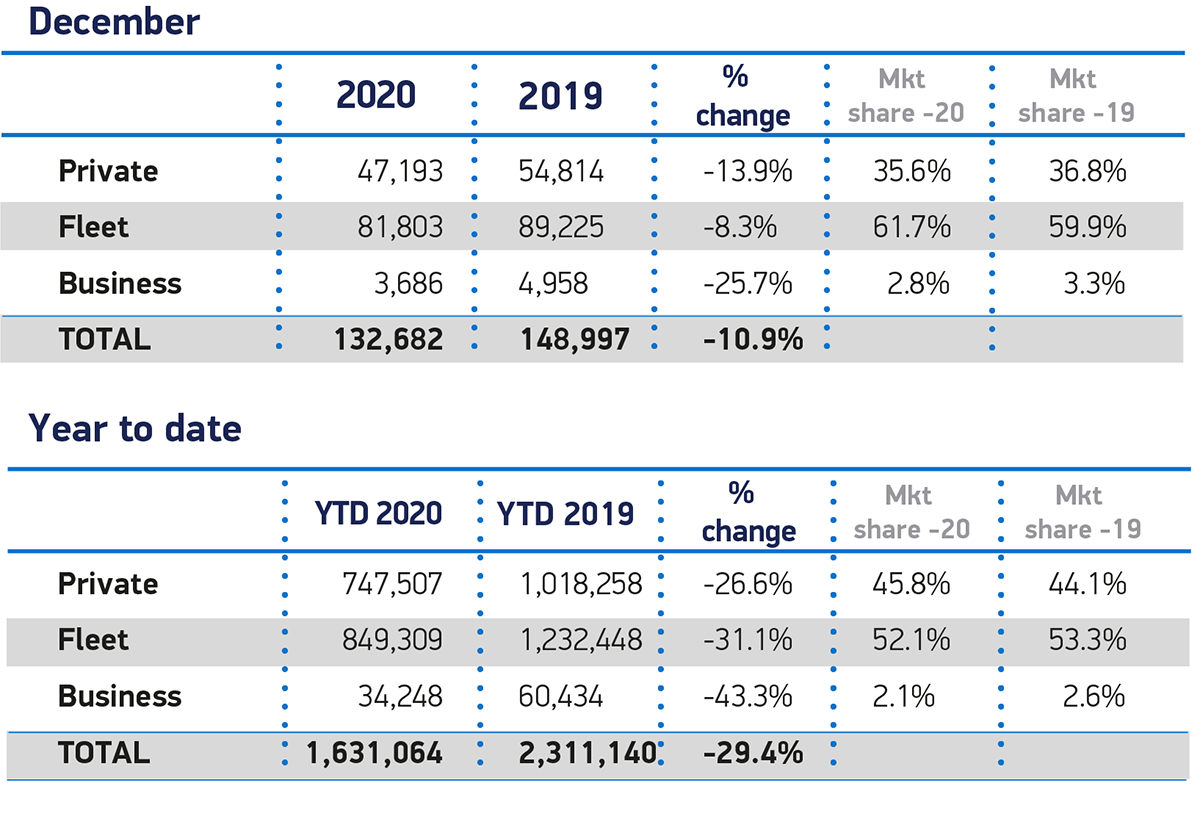 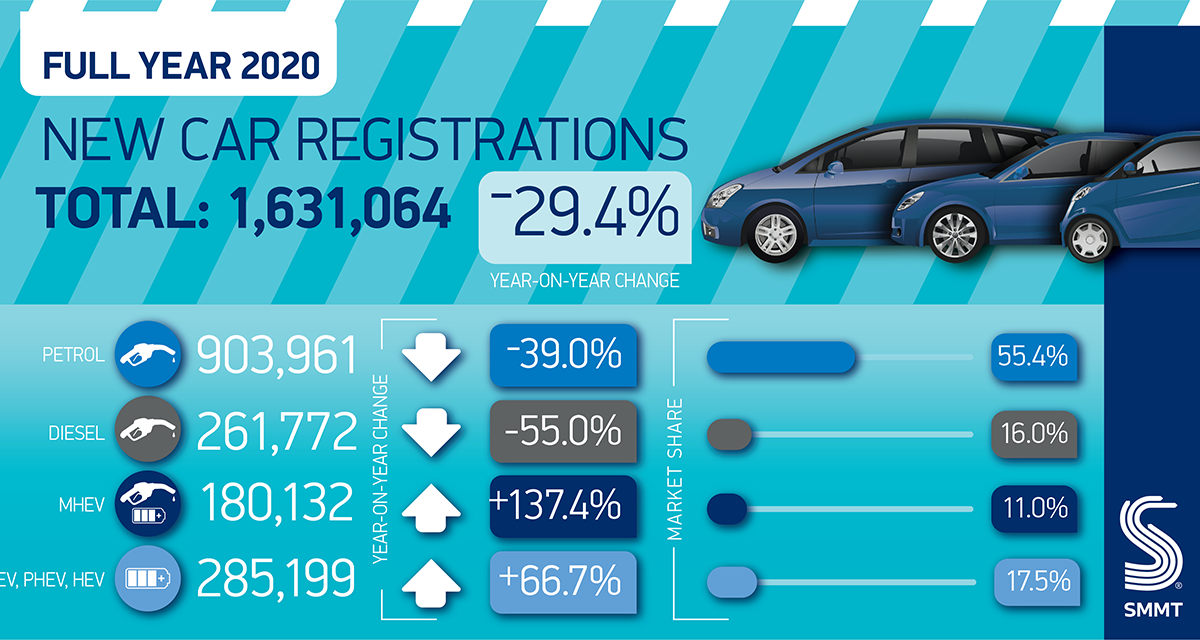