It’s a big start to the year for American sports cars once-owned by famous go-fast guys. Mickey Thompson’s 1963 Corvette Z06 is hitting the auction block this week.
Thompson might be most famous for his company’s popularity in the drag racing community. His name graces the outer rim of anything going really fast down the quarter-mile strip.
The man is credited with inventing the “slingshot” dragster, which put the driver behind the rear wheels (and the differential between their legs, alarmingly) for better traction. He was the first driver to hit 120 mph in the quarter-mile and the first American to hit 400 mph at the Bonneville Salt Flats. 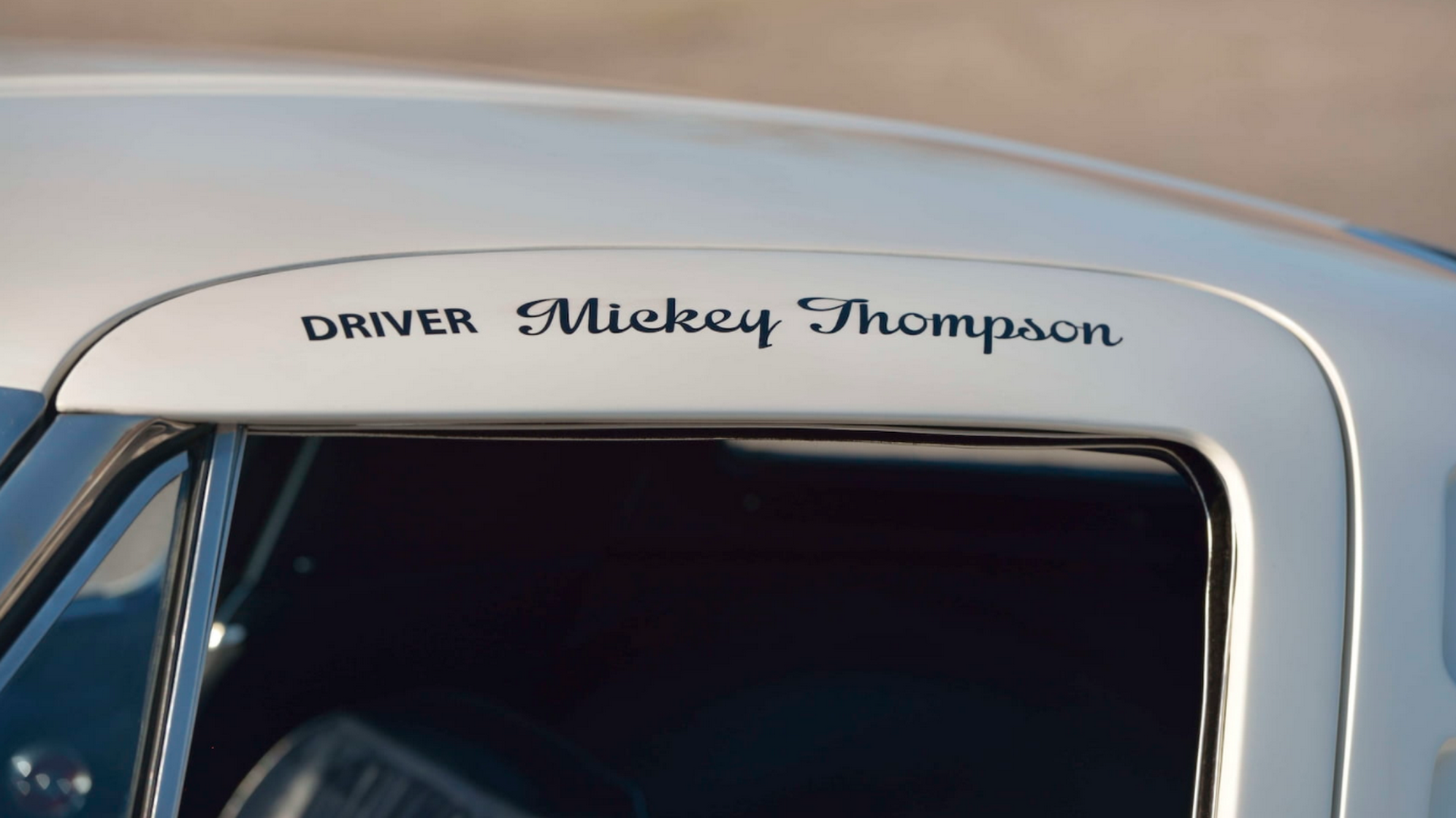 Read Also: Paul Walker’s 1965 Shelby 427 Cobra FAM Is For Sale
The list of accomplishments goes on but this is the car he chose to drive when he wasn’t breaking records. It uses the big L84 engine paired to a 4-speed transmission, a positraction rear-end, and heavy-duty suspension, all part of the Z06 pack. It also has mechanical fuel injection.
Thompson was, apparently, a big fan of the Z06, and owned five, according to Mecum. This one, though, is allegedly the one he used the most. The others were modified with special Chevrolet engines for all kinds of competition, but this one, Serial No. 6844 remained nearly stock.
The car was rediscovered in the early ’80s. Since then it has sat in many collections, including a stint at the National Corvette Museum in 1998. By 2012, an investigation into its history was conducted.
The investigation concluded that this was Thompson’s personal car. It was also used to advertise Rader-Mickey Thompson wheels and is one of just 199 Z06s produced in 1963-a highly desirable year thanks to split rear window.
As a result, estimates expect this Corvette to fetch up to $500,000 at Mecum’s January 7-16 Kissimmee auction.
PHOTO GALLERY