MG will allegedly unveil an electric sports car next year that will serve as a flagship model for the brand.

Long before MG was purchased by Chinese automaker SAIC and started building affordable crossovers and sedans, it was best known for building sports cars. Now, it seems like it might return to its roots with a new sports model.
Read Also: The New MG5 Looks Part-Hyundai Elantra And Part-Mercedes CLA
According to Autocar, the vehicle will take the shape of a sleek, four-seater coupe and be largely inspired by the E-Motion concept that was unveiled in April 2017. However, some key styling alterations have reportedly been made for the finished item, while the concept’s butterfly doors won’t make it into production.
It is understood that the vehicle will be underpinned by SAIC’s own modular electric architecture that includes two electric motors and four-wheel drive. When MG first revealed the E-Motion Concept, it envisioned it as being capable of hitting 62 mph (100 km/h) in less than 4 seconds. Range details remain unconfirmed but could sit somewhere between the 163 miles of the MG ZS EV SUV and the 300-mile range promised for the E-Motion concept. 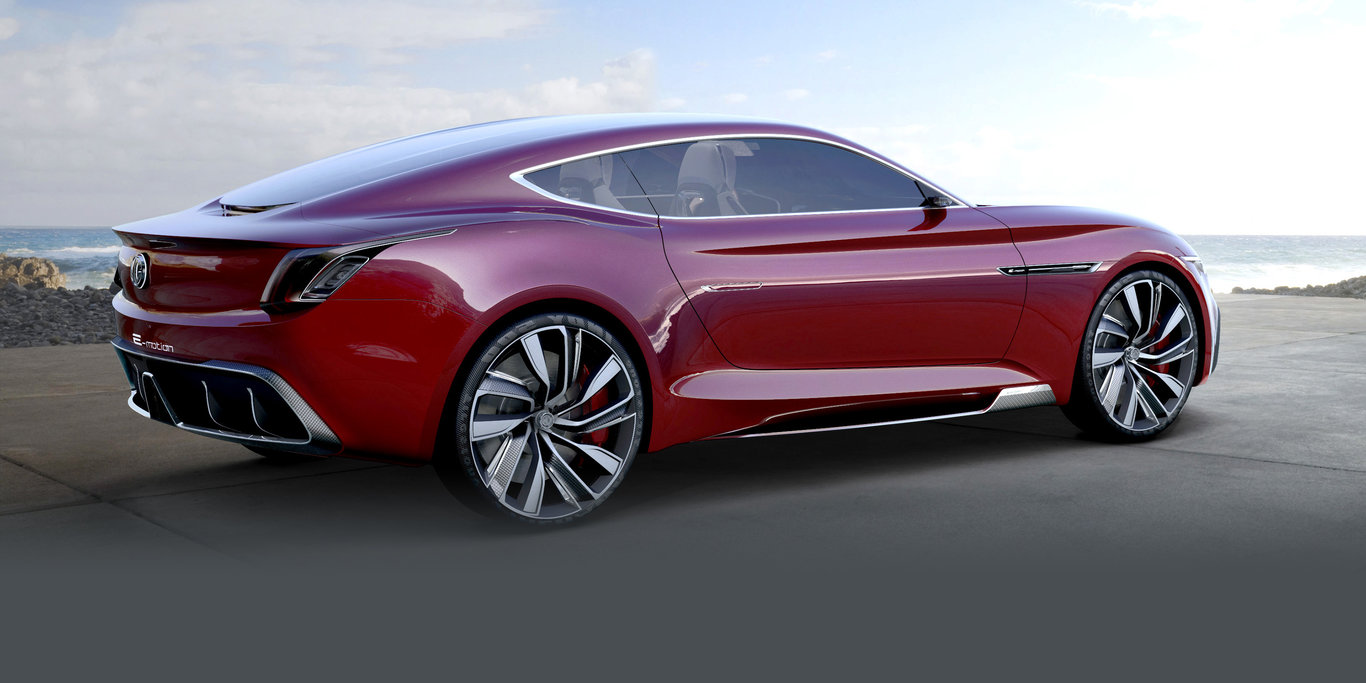