Mercedes’ Crossover Journey Began 25 Years Ago With The AAVision conception

Mercedes’ Crossover Journey Began 25 Years Ago With The AAVision Concept

Of course, the company had to start somewhere and that story begins in the early 1990’s. While Mercedes has offered the G-Class since 1979, executives saw the potential for a more comfortable off-road vehicle closely related to their cars.
The “key aspects” were pinned down in 1993 and work began on what would become one of the first luxury crossovers. Three years later, at the 1996 North American International Auto Show in Detroit, Mercedes unveiled their creation in the form of the AAVision concept.
Driven: 2020 Mercedes GLE 450 4MATIC Is A Cure For Your Bentayga Blues 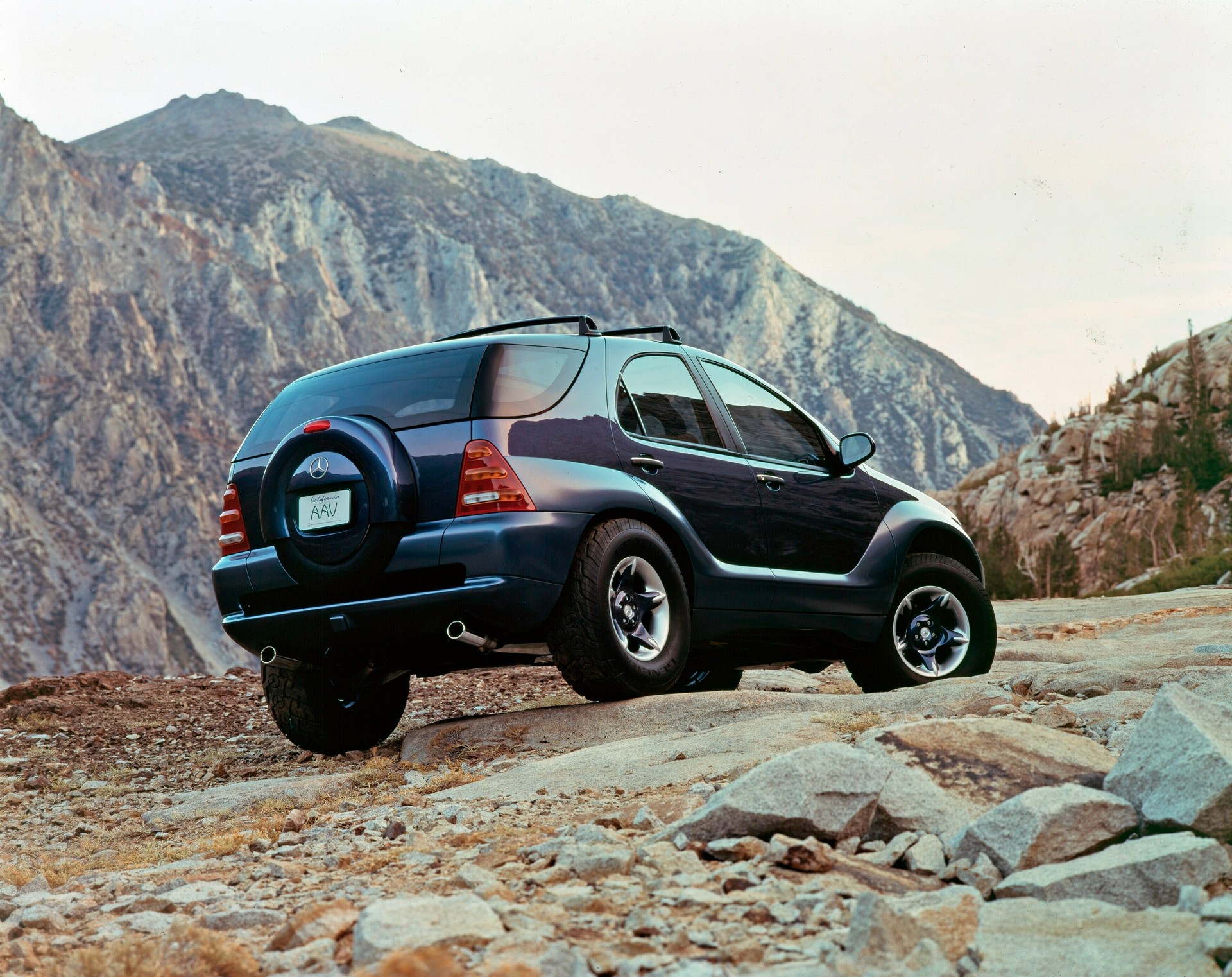 Named after the “All Activity Vehicle” segment, the AAVision was a thinly veiled preview of the upcoming M-Class. The front end was largely production-spec, but the sides were a bit ‘bubbly’ and featured exaggerated curves. The concept also sported a chromed dual exhaust system and a distinctive rear-mounted spare tire.
In typical fashion, the interior was over the top as it featured a pop-up display, AAV-branded upholstery and a steering wheel with a ridiculous amount of buttons. The concept also had a metallic shifter, puffy headrests and a few cues that would carryover to the production model.
The M-Class debuted in May of 1997 at the company’s all-new plant in Tuscaloosa, Alabama. Despite some initial quality problems, the crossover was an instant hit as 43,134 units were sold in the United States in 1998. The crossover was renamed the GLE in 2015 and its success has continued as more than two million units have been produced since the original M-Class was launched.
PHOTO GALLERY