Matte Carbon McLaren Senna With 410 Miles On The Odo Has Over $360,000 Worth Of Options

Matte Carbon McLaren Senna With 410 Miles On The Odo Has Over $360,000 Worth Of Options

In the world of track-focused hypercars that can also be driven on the street, few are as impressive as the McLaren Senna.

Named after Formula 1 legend Ayrton Senna, the hypercar was capped at just 500 examples worldwide and followed on from the P1 as part of McLaren’s Ultimate Series – and one example is heading to auction on January 22.
Read Also: Post Malone Is Selling His One-Off McLaren Senna XP ‘Master Of Monaco’ 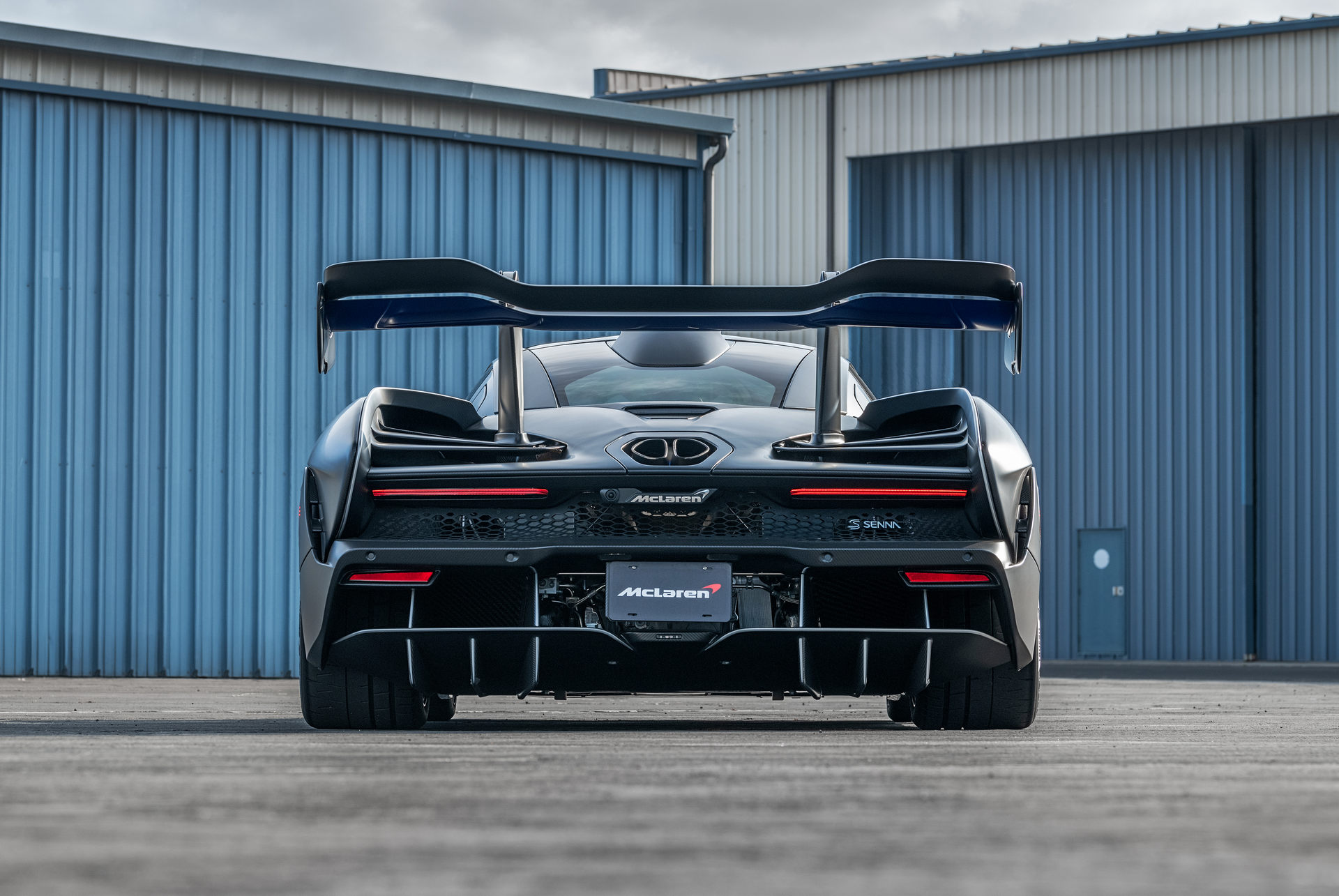 This Senna is the 95th unit that was built and has over $360,000 worth of options, the most expensive of which is the Visual Carbon Fiber bodywork that’s been contrasted with a handful of Burton Blue accents, including on the underside of the rear wing and the brake calipers.
Inside, the British track-focused weapon features a pair of carbon fiber seats that have been wrapped in black Alcantara with Burton Blue contrast stitching and a pair of color-matched harnesses. The rest of the cabin is clad in black Alcantara and carbon fiber, but there are also Burton Blue door struts to add some color to the interior. Moreover, this Senna features the optional McLaren Track Telemetry package.
Beverly Hills McLaren delivered the car to its original owner on September 2018. It was serviced for the first time in August 2019 with 229 miles on the clock and in September 2020 it was serviced for the second time with the odo showing just 410 miles. It is being sold with all of its factory accessories, service invoices, and the original window sticker.
PHOTO GALLERY