Cadillac has teased the CT4-V and CT5-V Blackwings, ahead of their debut on February 1st at 7 p.m. ET.

While there isn’t much to see, both cars make a brief appearance on video as their engines roar. That isn’t much to go on, but fans who watch the Rolex 24 at Daytona will be given a “special sneak peek” of the “ultra-high-performance sedans.”
Full details will be released in less than a month, but we already know quite a bit about the cars. Previous spy photos have shown they’ll be distinguished by aggressive front fascias, front fender vents and more pronounced rear spoilers. The models will also be offered with forged magnesium wheels, which promise to reduce unsprung weight as well as improve ride and handling characteristics.
Also Read: Six-Speed Manual Teased For 2022 Cadillac CT4-V and CT5-V Blackwings 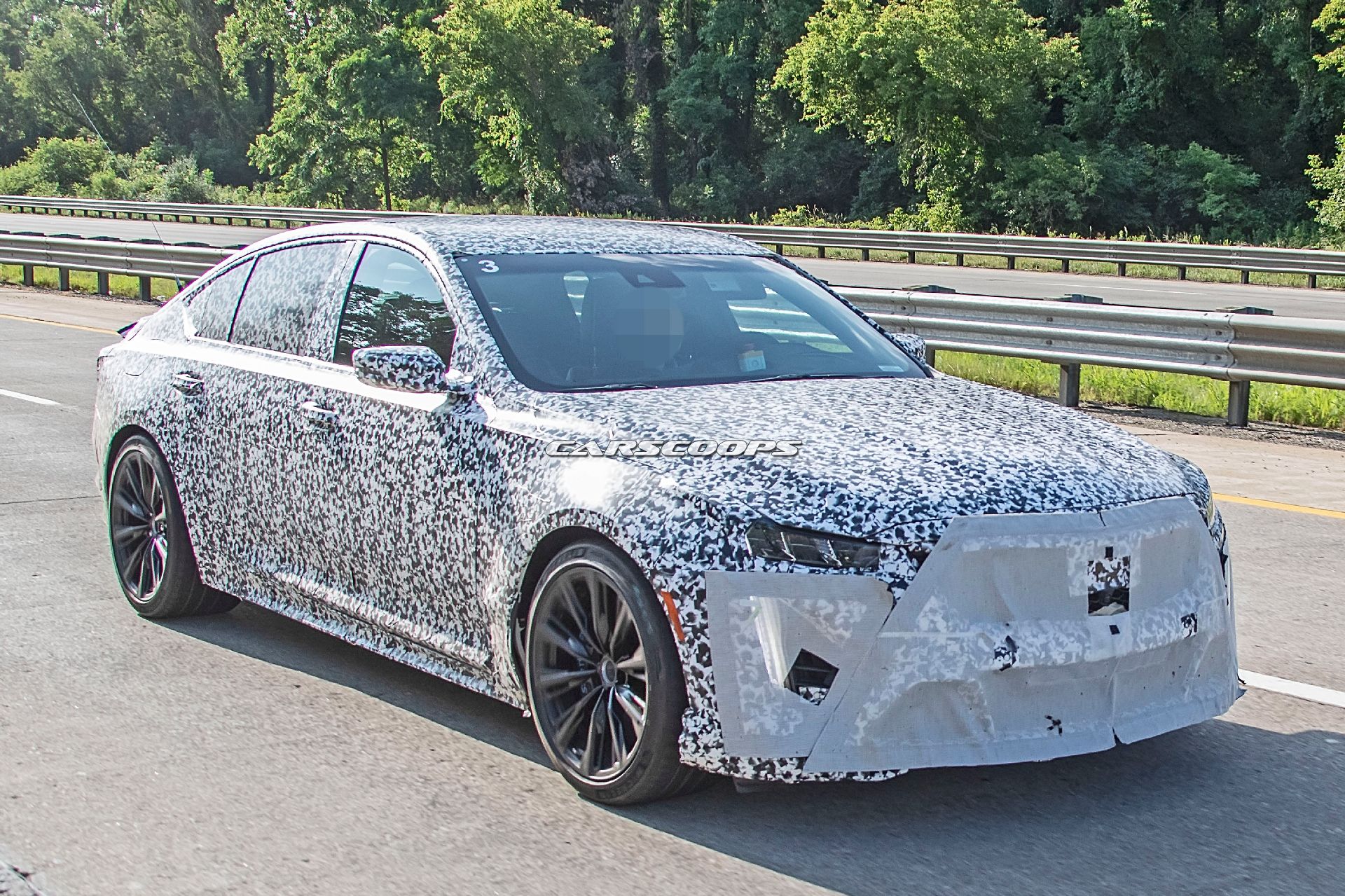 Inside, drivers will find a digital instrument cluster and a leather-wrapped sport steering wheel with carbon fiber accents as well as a red center stripe. CT5-V Blackwing customers will also be able to order carbon fiber front seats with laser-etched V-Series logos.
On the performance front, there should be familiar engines as the CT4-V Blackwing is slated to have a twin-turbo 3.6-liter V6. It produced 464 hp (346 kW / 470 PS) and 445 lb-ft (603 Nm) of torque in the ATS-V.
Likewise, the CT5-V Blackwing is expected to use an upgraded version of the supercharged 6.2-liter V8 that powered the CTS-V. While nothing is official, it could have an output of around 650 hp (485 kW / 659 PS) and 650 lb-ft (880 Nm) of torque. Cadillac has also hinted the car will be able to hit a top speed of 200 mph (322 km/h).
Both Blackwings will come standard with a six-speed manual transmission that promises to be “quieter and more durable” than the manuals used in the ATS- and CTS-V. Customers will also be able to order an optional ten-speed automatic.
Following their debut next month, the cars will be launched late this summer.