Set to go under the hammer in March, the first Hummer EV will be an Edition 1 variant. They sold out in approximately 10 minutes, so bidders will likely be fighting over the truck.
As a refresher, the GMC Hummer EV Edition 1 stickered for $112,595 and features a white exterior with transparent Sky Panels. The latter can be removed and stored in the frunk, to allow for an open air experience. The truck also comes equipped with the Extreme Off-Road Package which features underbody protection, rock sliders and 18-inch wheels wrapped in 35-inch off-road tires.
Also Read: First 2021 Ram 1500 TRX To Be Auctioned Off On March 26th 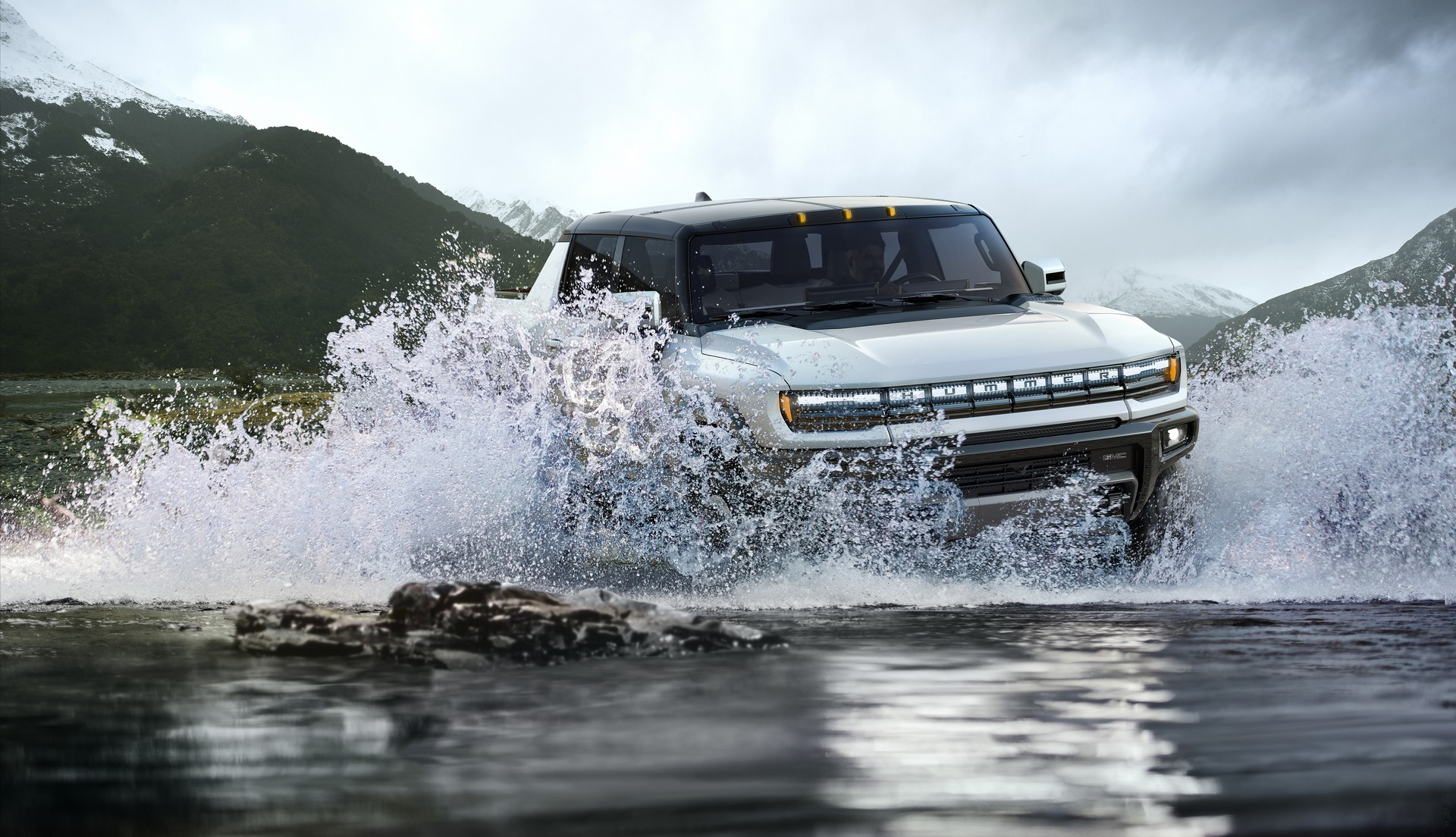 Moving into the cabin, drivers will find a Lunar Horizon interior with bronze accents and a 14-speaker Bose audio system. Other highlights include a 12.3-inch digital instrument cluster, a 13.4-inch infotainment system and the Super Cruise semi-autonomous driving system.
Besides boasting impressive off-road capability, the Edition 1 has a tri-motor powertrain that produces 1,000 hp (746 kW / 1,014 PS). This will enable the pickup to accelerate from 0-60 mph (0-96 km/h) in approximately three seconds when using the “Watts to Freedom” launch control system. Drivers can also expect a range in excess of 350 miles (563 km).
People looking for something sportier can bid on the first 2020 Chevrolet Corvette Convertible. It’s an LT3 variant that has a black exterior as well as the Z51 performance package. Other highlights include a two-tone interior with GT2 seats and red seat belts. 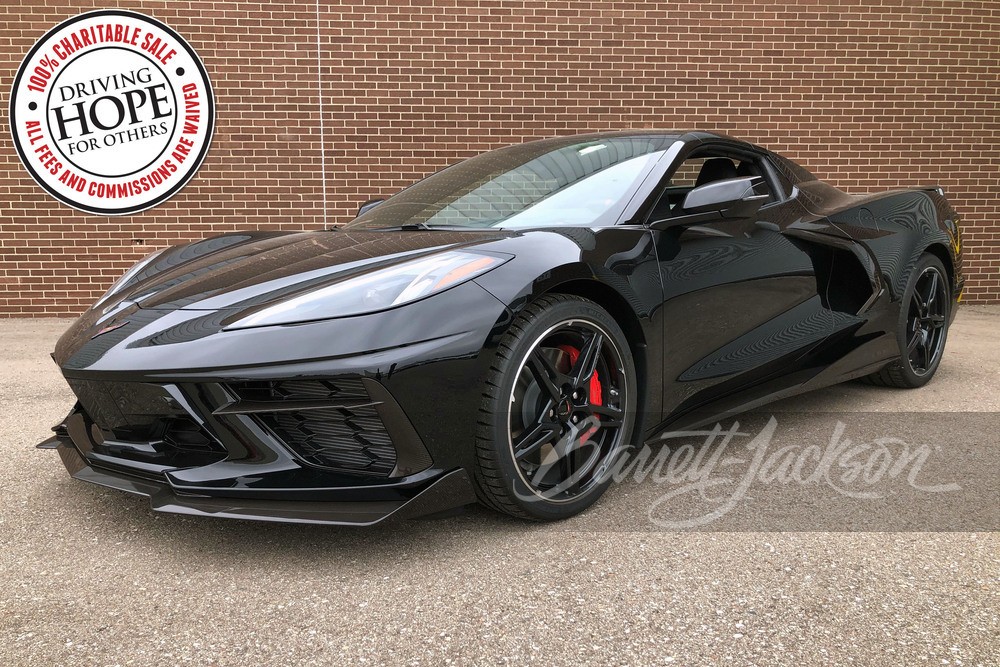 Power comes from a 6.2-liter V8 engine that develops 495 hp (369 kW / 502 PS) and 470 lb-ft (637 Nm) of torque. It’s paired to an eight-speed dual-clutch transmission which enables the car to accelerate from 0-60 mph (0-96 km/h) in less than three seconds.
100% of the hammer price for the GMC Hummer EV will go to the Stephen Siller Tunnel to Towers Foundation, which supports disabled veterans and families of fallen first responders. Likewise, the Corvette Convertible will support the United Way for Southeastern Michigan.
Over the years, Barrett-Jackson has helped to raise more than $127 (lb92 / EUR104) million for charity and CEO Craig Jackson said “We are excited to be partnering with General Motors again as they auction two of their most historic and coveted halo vehicles.”
PHOTO GALLERY