Facelifted Mitsubishi Mirage Arrives In America With A Host Of Improvements

Facelifted Mitsubishi Mirage Arrives In America With A Host Of Improvements

Following its debut overseas, Mitsubishi has introduced the facelifted Mirage in America.

Available as a sedan and hatchback, the 2021 Mirage features an all-new front fascia with a Dynamic Shield grille. The model has also been equipped with new headlights and sportier air intakes.
The styling changes are less noticeable out back, but include a new rear bumper and restyled taillights. The model also sports a revised color palette that now includes White Diamond and Sand Yellow.
Also Read: Facelifted Mitsubishi Mirage / Attrage Unveiled With New Looks, But They’re No Lookers 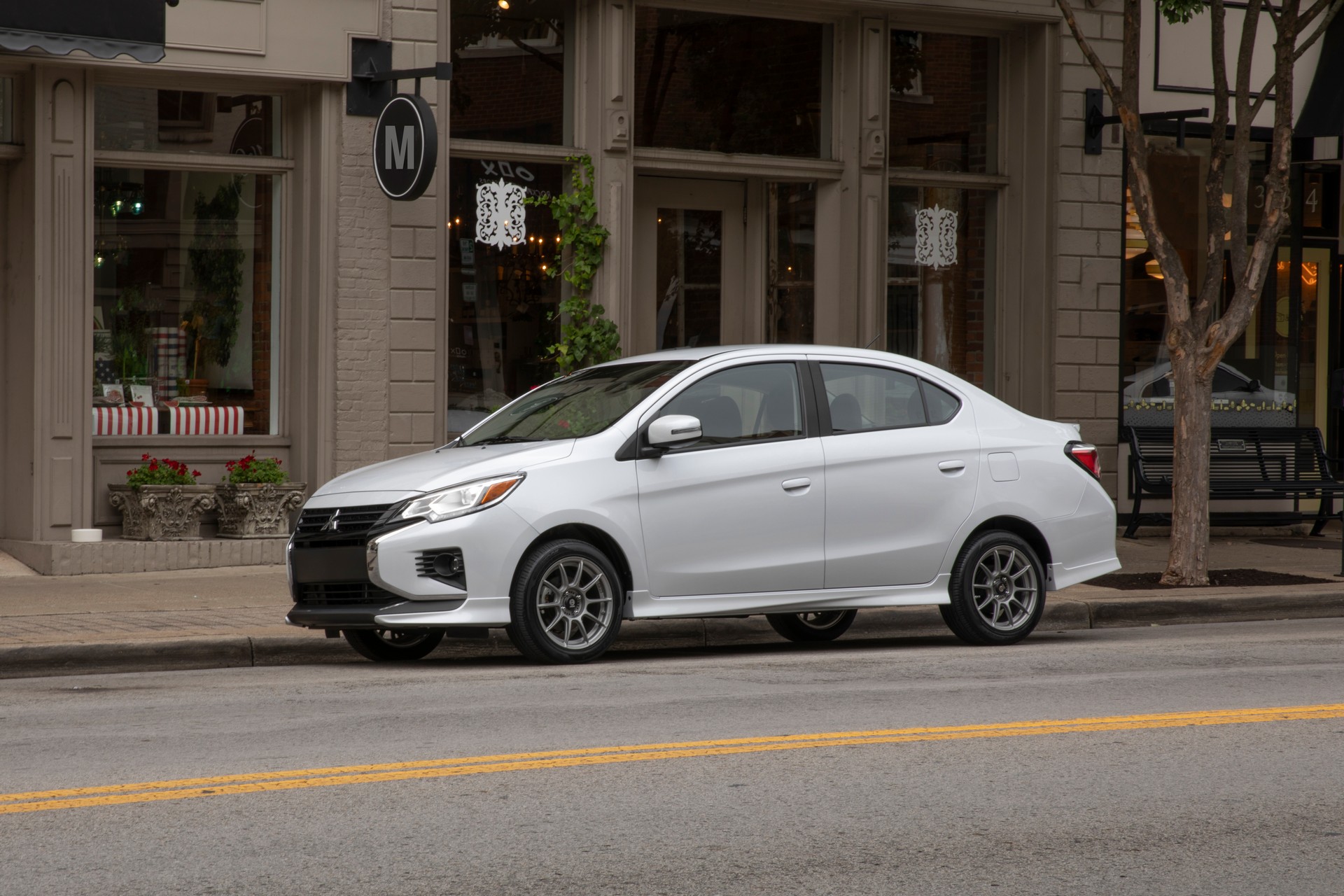 Buyers looking for something more unique can opt for the new Carbonite Edition. It’s distinguished by red and carbon-effect accents.
Moving into the cabin, drivers will find an upgraded interior that comes standard with a 7-inch infotainment system with Android Auto and Apple CarPlay compatibility. The 2021 Mirage also gains new soft-touch accents, redesigned arm rests and window switches with a “sporty carbon fiber effect.”
Speaking of upgrades, the Mirage now comes standard with a forward collision mitigation system with pedestrian detection. The range-topping SE variant goes even further as it adds automatic high beam headlights and a lane departure warning system. 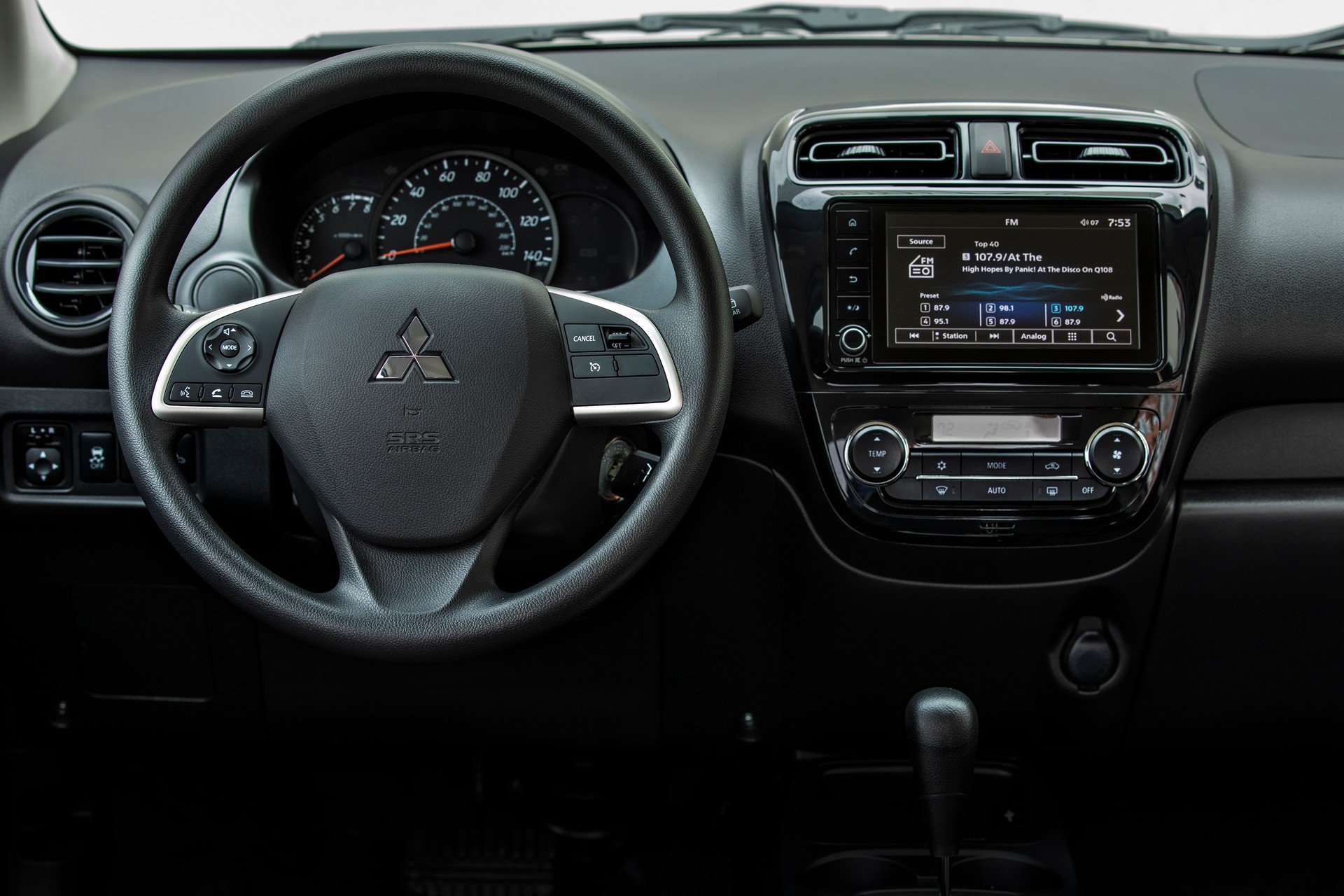 Power comes from a familiar 1.2-liter three-cylinder engine that produces 78 hp (58 kW / 79 PS) and 74 lb-ft (100 Nm) of torque. It can be connected to either a five-speed manual or an optional continuously variable transmission.
While engine is anemic, the Mirage is the “most fuel efficient gasoline-powered non-hybrid vehicle” in America as it returns 36 mpg city, 43 mpg highway and 39 mpg combined when equipped with the CVT.
Pricing starts at $14,295 for the hatchback and $15,295 for the sedan. That’s $300 more than last year’s model, but it excludes a destination and handling charge of $1,095 ($1,220 in Alaska and Hawaii).
PHOTO GALLERY