Spied undergoing cold weather testing in Scandinavia, the 2023 Mercedes-AMG GLC 63 has been redesigned from the ground up and will be a high-performance plug-in hybrid.
While the crossover is heavily disguised, it features a more curvaceous front end with an unmistakable Panamericana grille. We can also see sleeker headlights and a central intake with a black surround.
Also Read: 2023 Mercedes-AMG GLC 63 Spied, Ditches Twin-Turbo V8 For 4-Cylinder Hybrid Power 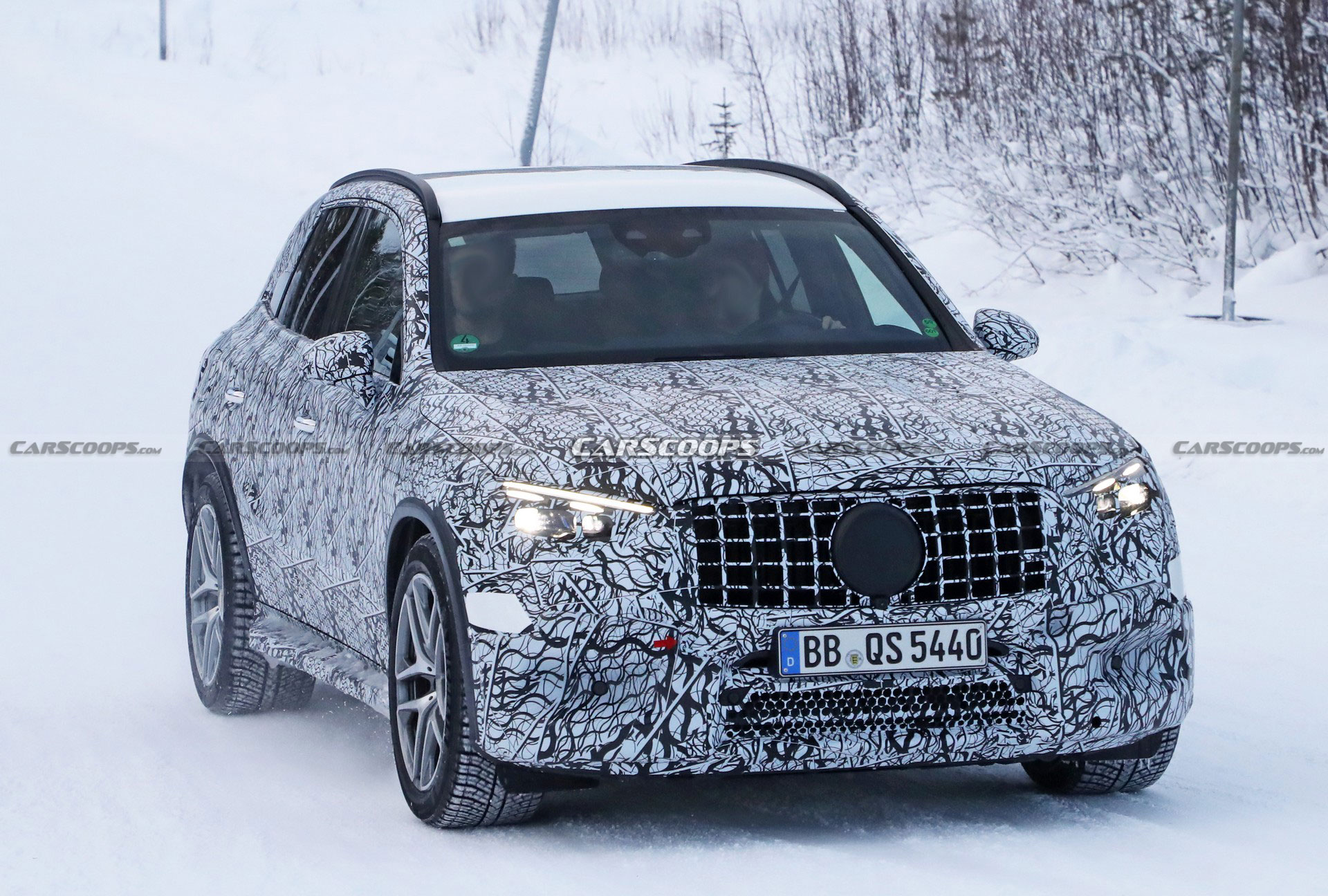 Moving further back, the GLC 63 has been equipped with stylish wheels that are backed up by a high-performance braking system with perforated discs and red calipers. The model also features a sloping roof, a more dramatic beltline, and a rear charging port.
The rear end is evolutionary by comparison, but it features a new liftgate with an arched section above the license plate. Elsewhere, there are new taillights and a familiar four-tailpipe sports exhaust system. 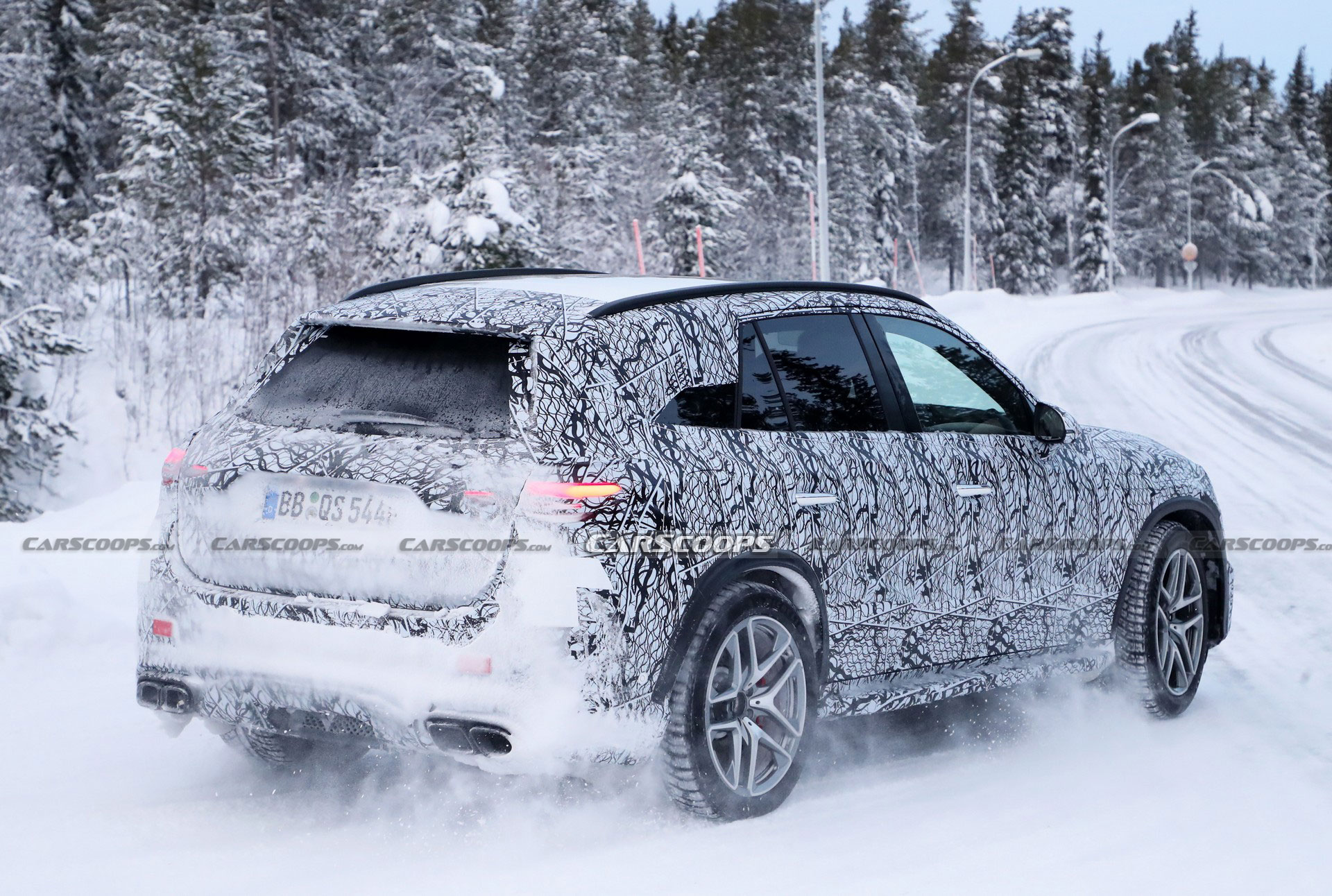 The interior will follow in the footsteps of the C-Class as previous pictures have shown a freestanding digital instrument cluster and an infotainment system with a portrait orientation. The former display should measure 12.3 inches, while the latter will likely span 11.9 inches.
Of course, the big news is the powertrain as the GLC 63 will use the same plug-in hybrid system as the upcoming C 63. As a result, the twin-turbo 4.0-liter V8 will be replaced by a turbocharged 2.0-liter four-cylinder engine, a 6.1 kWh battery pack, and a rear-mounted electric motor that produces up to 201 hp (150 kW / 204 PS). Mercedes has previously said this setup will allow for outputs in excess of 644 hp (480 kW / 653 PS), although there’s no word on what the GLC 63 will be rated at.
PHOTO GALLERY