Spy photographers have caught the 2022 Range Rover on numerous occasions, but we haven’t seen much of the interior. That’s changing today as we’re getting a peek inside the cabin.

Unfortunately, this is far from a finished production model and a number of components have been roughed in. That being said, it does provide a few clues about what to expect.
Right away, you’ll notice a leather-wrapped steering wheel that appears to be lifted from the 2021 Velar. It resides in front of a digital instrument cluster which presumably measures 12.3-inches.
Also Read: 2022 Range Rover Trades Off-Roading For The Nurburgring As Testing Continues 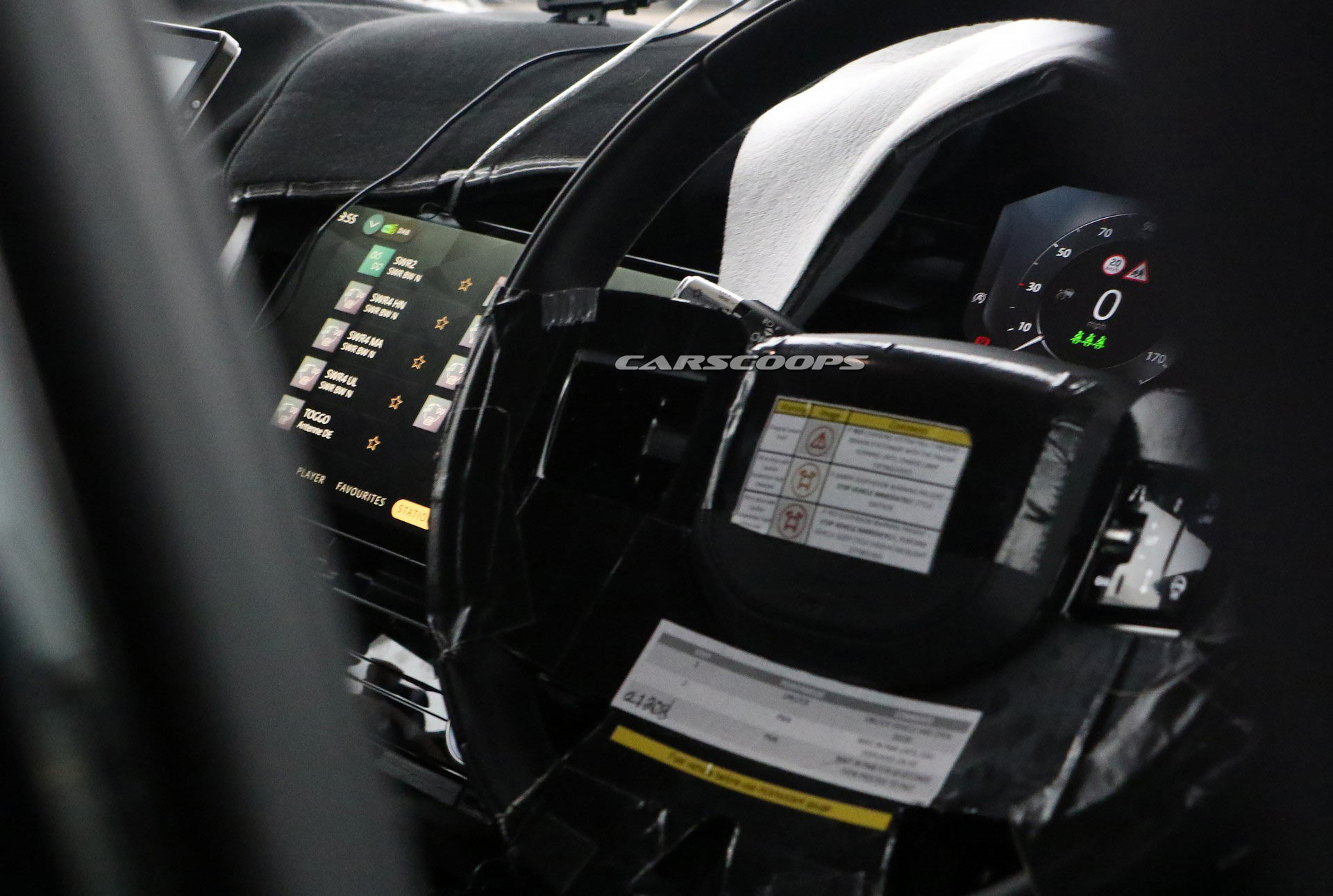 Elsewhere, we can see a new infotainment system with a larger display. While nothing is official, it appears to be the 11.4-inch Pivi Pro system from the facelifted Discovery.
The center console is far from finished, but it echoes the Discovery as it has a minimalist design, a similar shifter and familiar controls. However, they’re arranged differently and this could be a temporary setup for testing purposes.
Outside, there isn’t much we haven’t already seen. That being said, even with the camouflage, it’s clear the model will remain instantly recognizable as a Range Rover. 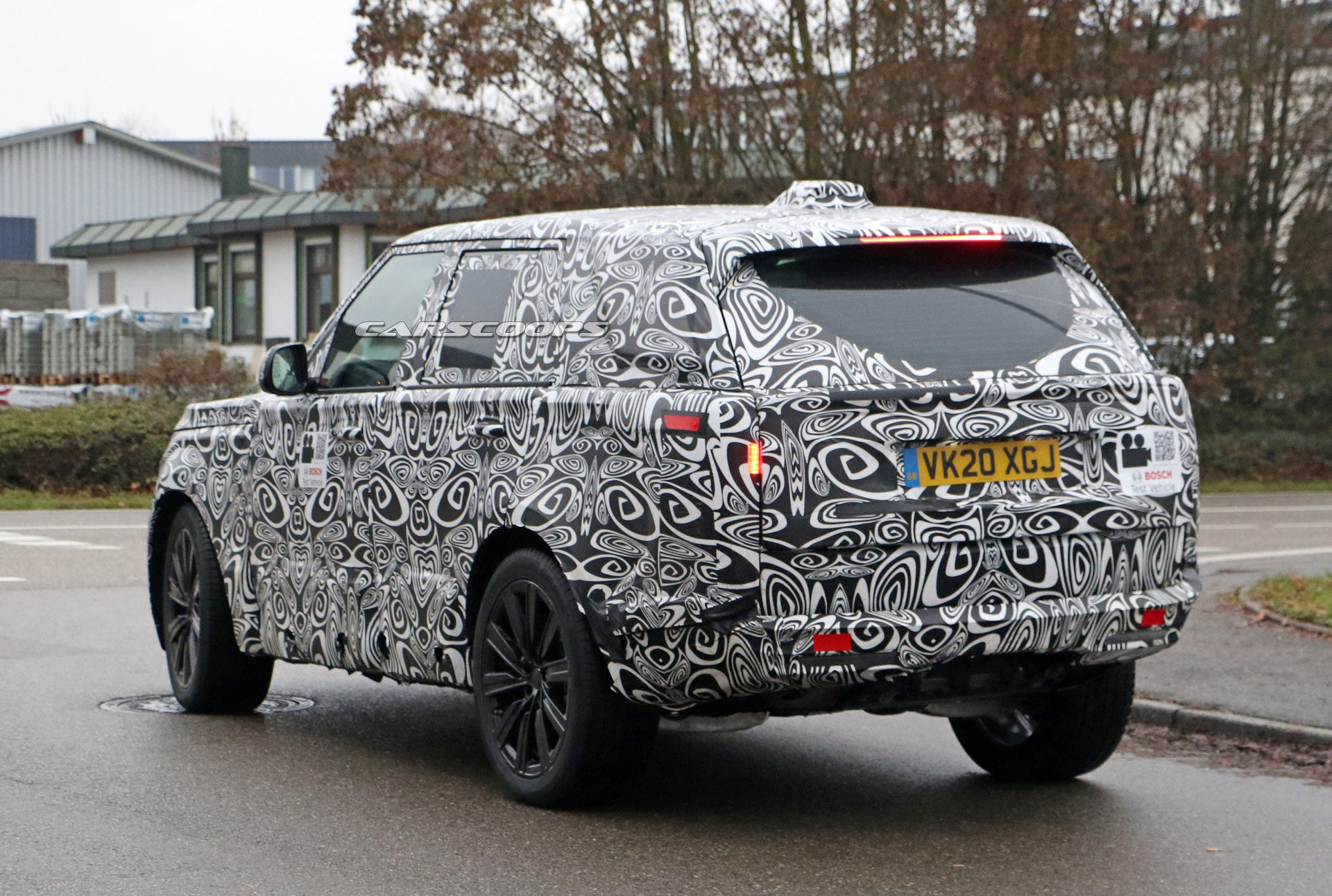 Despite being familiar, the model is expected to adopt a sleeker and sportier design. Among the changes are a shorter grille, a bolder shoulder line and new lighting units.
Land Rover has been tight-lipped about the model, but it’s slated to ride on the new MLA platform which can accommodate conventional, mild-hybrid, plug-in hybrid and electric powertrains.
Engine options remain unconfirmed, but could include a 3.0-liter inline-six with mild-hybrid technology as well as a plug-in hybrid variant with a 2.0-liter four-cylinder engine. Rumors have also suggested the company’s supercharged 5.0-liter V8 will be replaced by a twin-turbo 4.4-liter V8 from BMW.
PHOTO GALLERY