America’s no.1 best-selling compact model, the Honda Civic, is on track to unleash its 11th-generation onto U.S. roads when a new model will be unveiled sometime this year.

The all-new Civic will be available in sedan and hatchback (or fastback, judging from these photos) body styles, and sportier Si and Type R versions. Its styling is no longer a mystery thanks to not only the Civic Prototype unveiled by Honda back in November, but also a couple of leaked patent images.
Now however we have a working 2022 Civic hatchback prototype spotted out in the wild by our spy photographers near Honda’s European test center in Europe – which is where most hatchback buyers reside.
Read: Toyota And Honda Have Carved Up The U.S. Car Market, So How Would You Rank Their Heavy Hitters?
Of course, we’ve seen “this” before. A 2022 Civic Type-R prototype made its spy debut last year in May, although if you want a clearer picture as to what’s hiding underneath the camo on the regular variant, the patent shots are still your best bet. Actually, it’s the prototype, but only up to the C-pillar. 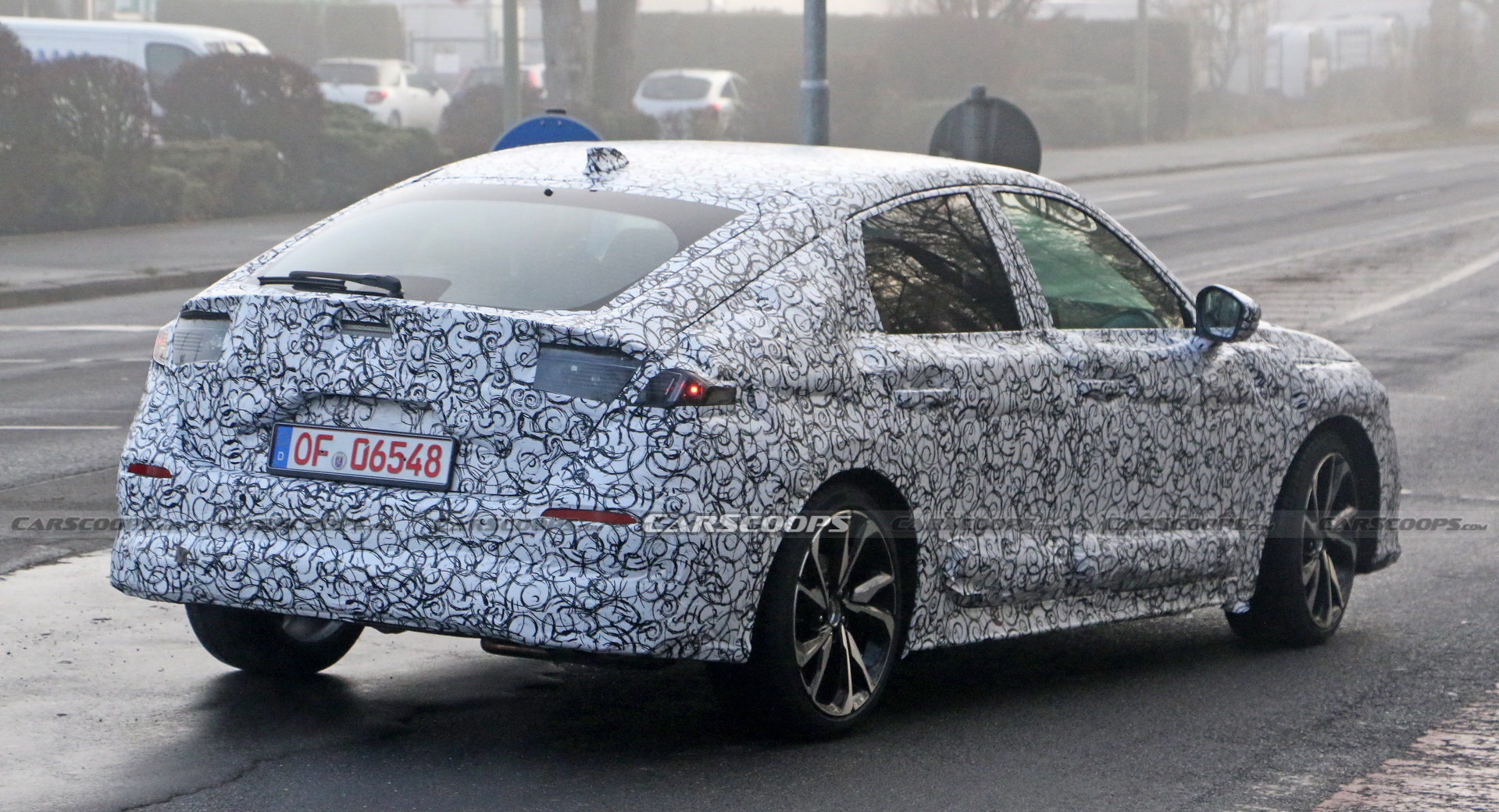 Compared to the current model, the all-new Civic will definitely feature a more toned-down appearance. The design is still sporty and angular, but at the same time more conservative than before.
Inside, the new Civic will get a minimalist dashboard, with a 9-inch infotainment display on top, a digital gauge cluster behind the steering wheel, and mesh honeycomb accents covering the air vents. The new model will also introduce a wide range of active and passive safety systems, such as an upgraded Honda Sensing system to go with new airbag designs, plus a more “pedestrian-friendly” body structure in case a person is struck.
The engine range meanwhile remains a mystery, although we suspect that some type of four-cylinder turbocharged setup might endure, at least on the Type R. Otherwise, keeping the naturally-aspirated four-pot is also plausible.
Without the use of its Swindon plant in the UK, the Japanese carmaker will build the 2022 Civic Hatchback in the U.S. at its facility in Greensburg, Indiana.
PHOTO GALLERY