Skoda is offering the Kodiaq since 2016, and after more than four years in the market, the mid-size SUV is getting ready for its mid-cycle update.

The three-row SUV was spied on the roads of the Czech Republic featuring clever camo bits to hide its modest visual revisions, such as the grille that has become a bit wider, new headlights, tweaked fog lamp housings, and what appears to be an almost identical front bumper.
Review: 2020 Skoda Kodiaq RS Is Aimed At A Rather Narrow Target Group 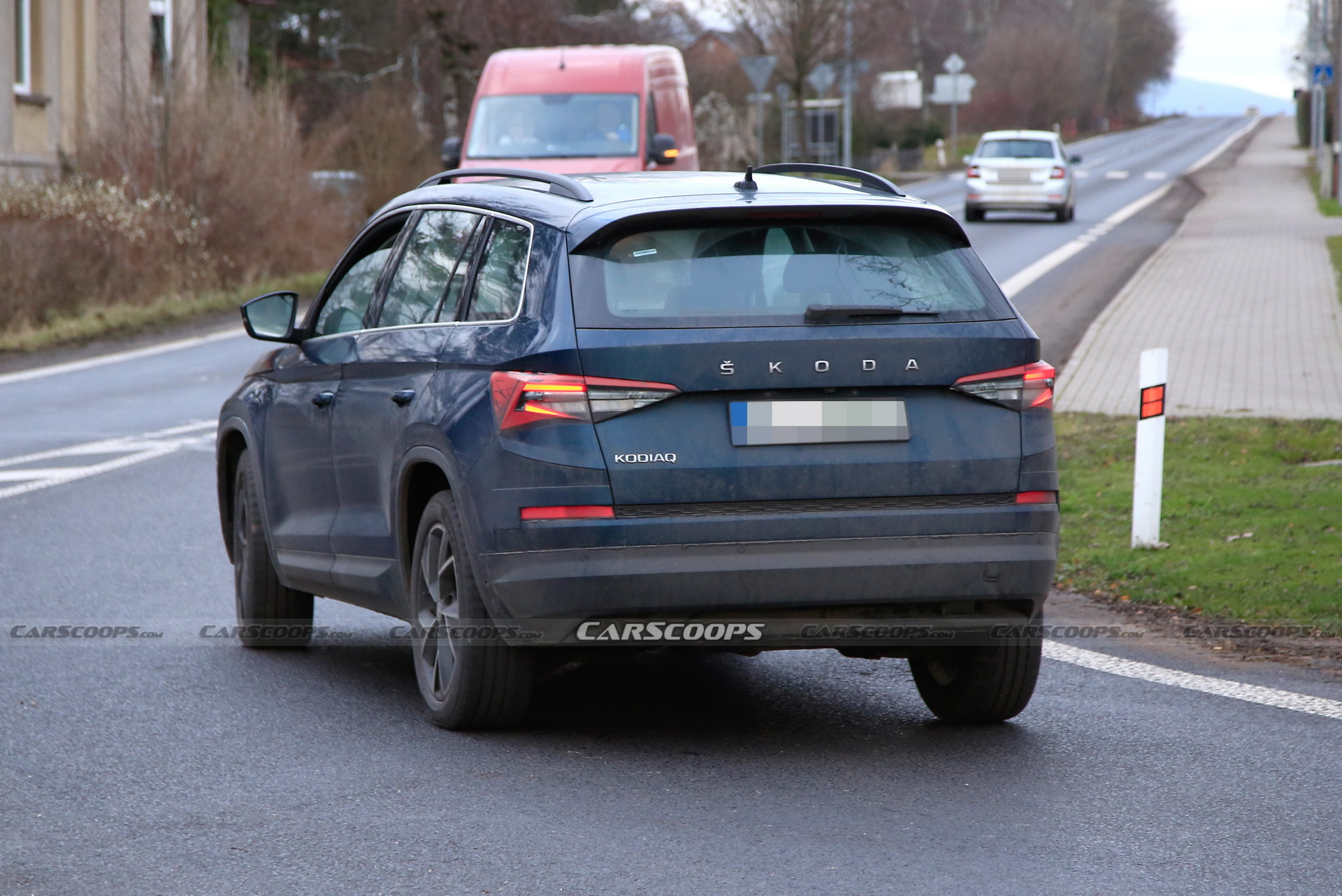 The automaker’s logo was removed from the tailgate and replaced by the ‘Skoda’ lettering, which brings the facelifted Kodiaq in line with some of its more modern siblings, and the ‘Kodiaq’ badge is positioned on the left side. The roof-mounted wing is a bit bigger, the taillights are new and the bumper and diffuser seem to have soldiered on from the current model.
The cockpit should carry over with several updates that could include a new infotainment system, or at least a more modern software, alongside probably a revised digital instrument cluster. The 2021 Kodiaq is also expected with new upholstery and trim and perhaps with more driver assistance gear.
The engine lineup should include the usual petrol and diesel offerings, and the Kodiaq RS is understood live on, albeit not with a plug-in hybrid, like in the hot electrified Octavia, but likely with the same bi-turbo diesel that could become less polluting. The 2.0-liter TDI develops 240 PS (237 HP / 177 kW) and 500 Nm (369 lb-ft) of torque, enabling a 0-100 km/h (0-62 mph) of 7.0 seconds and a 220 km/h (136 mph) maximum speed.
If the rumors are correct, then the 2021 Kodiaq should premiere in the first half of the year.
PHOTO GALLERY