The Jeep product blitz continues as the company will introduce the all-new Grand Cherokee tomorrow, January 7th, at noon EST.

While officials had previously suggested the three-row model wouldn’t adopt the Grand Cherokee moniker, that’s not the case as the teaser image confirms it will be called the Grand Cherokee L.
That’s not too exciting, but teaser also shows the model’s front fascia which features slender headlights and a seven slot grille. Additional details are hard to make out, but the 2021 Grand Cherokee will have a sculpted hood, horizontal fog lights and a wide lower opening.
Also Read: New Jeep Grand Cherokee Scooped With Striking Design 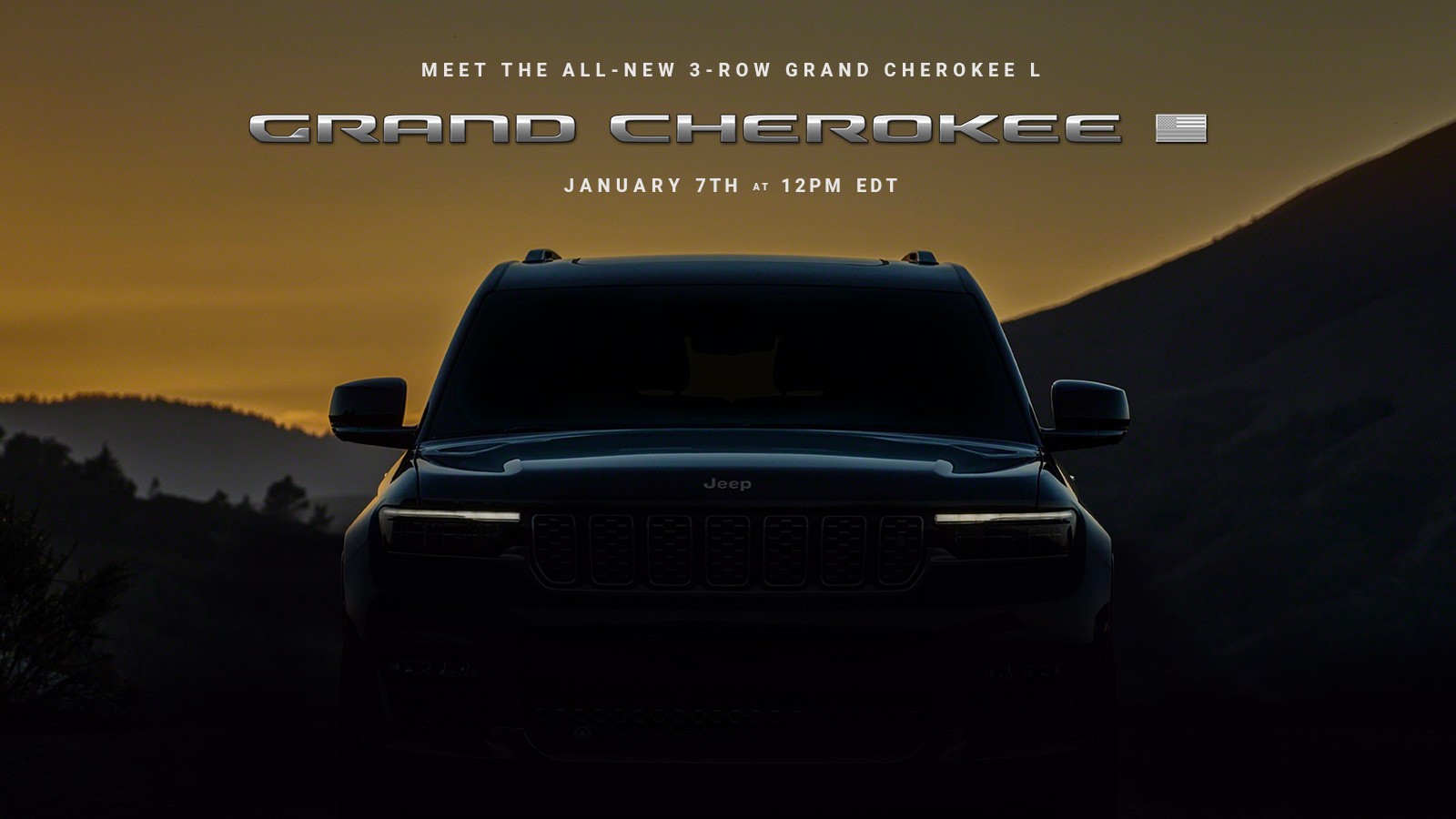 Further back, there will be streamlined bodywork and pronounced fenders. Designers also gave the model a prominent character line which cuts through the door handles and continues all the way to the taillights. Other notable features will include a chunky D-pillar and stylish chrome trim. The latter starts at the A-pillar and flows along beneath the roof, before wrapping around the rear window.
Speaking of the rear, the model will have slender taillights and a dual exhaust system. There will also be a tailgate-mounted spoiler and a wide chrome accent on the bumper which connects the reflectors.
While full details will be released tomorrow, the redesigned Grand Cherokee is expected to ride on a modified version of Alfa Romeo’s Giorgio platform which underpins the Giulia and Stelvio.
Engine options remain unconfirmed, but speculation suggests there will be a familiar 3.6-liter Pentastar V6 and a 5.7-liter Hemi V8. FCA has already confirmed plans for a plug-in hybrid variant and it could potentially be joined by a turbocharged 2.0-liter four-cylinder engine.
PHOTO GALLERY